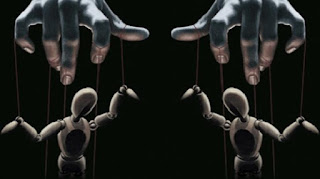 The Russian Institute of Strategic Research is rightly considered one of the largest centers in Russia, but worldwide.
Prominently in this is held by the Vladimir Petrovic ReÅ¡etnjikov, who spoke of the problem of international security, at the beginning of 2016.
“2015 was a complicated one for Russia, tested the strength and endurance. And this year Russia will share successes, no matter the events associated with Ukraine, the developments related to Syria and Turkey. But this year is clearly more clear that the West,the european partners are not really independent., but with regard to some issues, the Europeans stand up to the dictates of the United States. However, it turned out that the Europe is weakened to such an extent, that it is so close to losing her autonomy and power” he commented.
At another point he emphasized the fact that the Russians are the only protectors of christian values, which was typical of Europe in the nineteenth and early twentieth century. “These values disappear, because the european elite has forsaken him. This is the reason why each country’s become a puppet of the United States,” said caustically.
For the relationship with Turkey, emphasized that the measures taken by Russia after the downing of the plane is not a punishment but a result of a specific situation that relates to the specific policy of Turkey.
“Turkey acted in practice from the other side – from the side of ISIL. He led an active policy of intervention and provided material and moral support to terrorists.The Anchor has been set the same task, such as ISIS, that the resignation of Assad, and almost the destruction of Syria, because Turkey had a plan to conquer the region,” he said adding that “the Turks want, we’re cut off from the southern seas”
For the actions of the ÏÏ‰ÏƒÎ¹ÎºÎ¿Ï…ÏƒÏ„ÏÎ±Ï„Î¿Ï…ÏƒÏ„Î· Syria commented that Putin is leading the fight there, because these places are holy to us orthodox. “To Damascus, and even beyond Damascus – it is the Holy land, which was our Lord Jesus Christ! For the first time in the history of the Russian army is going to fight the enemies of the faith, enemies of mankind, evil forces that represent the ISIS” he commented.
Source