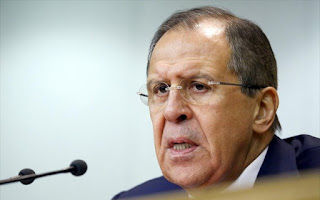 Russia denies any talk of a return of Crimea to Ukraine, as… mentioned by the Russian Foreign minister Sergei Lavrov.
“I don’t have anything to return. Will not discuss with anybody a question of return of the Crimea”, reported the head of the Russian diplomacy.
“The Crimea is the territory of the Russian Federation, in full coherence with the expressed will of the people,” he concluded.
According to the majority of the member – states of the UN,the Crimea is an autonomous province of Ukraine, with the title “Autonomous Republic of Crimea”.
However, Russia, from March 2014, after the overthrow of the Ï†Î¹Î»Î¿ÏÏŽÏƒÎ¿Ï… president of Ukraine Viktor Yanukovych, occupied by military forces – initially without badges – the peninsula, organising then a referendum which annexed Crimea as a federal part of the Russian Federation, with the title “Republic of Crimea”.