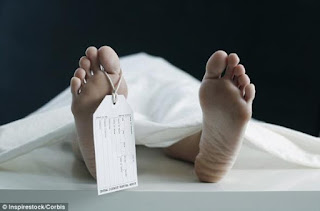 A shocking incident happened in Russia when a man… having consumed a large quantity of alcohol was considered to be dead and a few hours later he woke up in the… morgue.
According to Russian media reports, the man passed out from excessive consumption of liquor at the time he was having fun with his friends, who called an ambulance.
The medical staff rushed to come to the conclusion that the man is dead, and carried him to the morgue of the hospital.
After some hours, when the man regained consciousness to my horror realized that it is in a refrigerator morgue and started calling in help.
The keeper of the hospital he heard the voices of the man and immediately called the doctors to provide first aid.