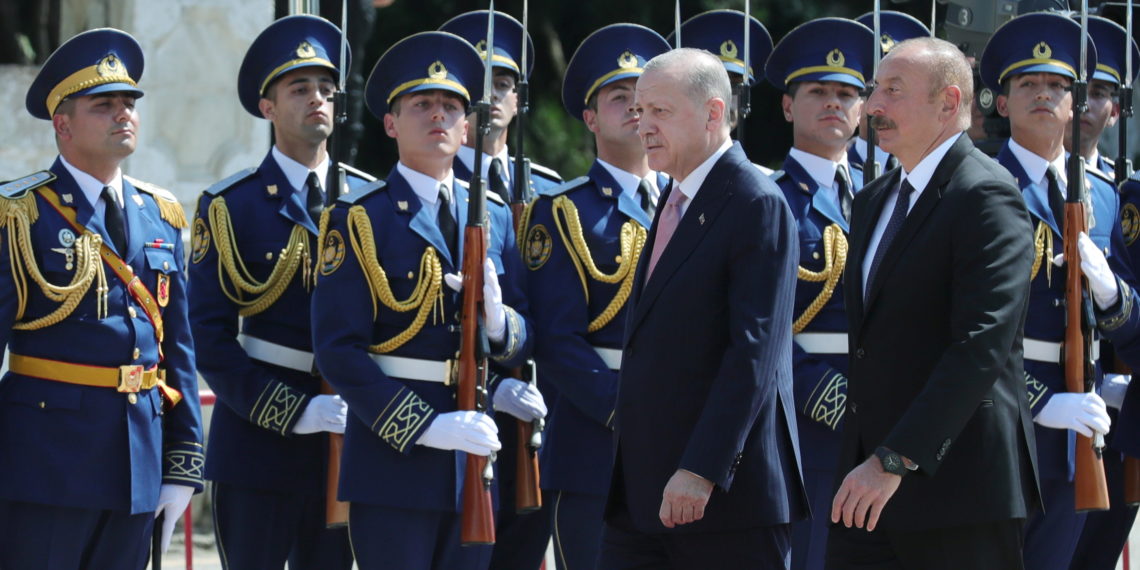 Turkey's President Tayyip Erdogan and Azerbaijan's President Ilham Aliyev review a guard of honour during a welcoming ceremony in Shusha in Nagorno-Karabakh region, Azerbaijan June 15, 2021. Presidential Press Office/Handout via REUTERS ATTENTION EDITORS - THIS PICTURE WAS PROVIDED BY A THIRD PARTY. NO RESALES. NO ARCHIVE.

The recent visit of Turkish President Recep Tayyip Erdogan to Susa, which provoked the anger of the Armenians, as well as the meeting with his Azeri counterpart Aliyev, discussed, among other things, the possibility of establishing a Turkish military base in Azerbaijan.

This, of course, could not go unnoticed or unnoticed by Russia, with Kremlin spokesman Dmitry Peshkov saying that a NATO military base in Azerbaijan would force Russia to defend itself, while Foreign Minister Lavrov spoke of ” rumors “.