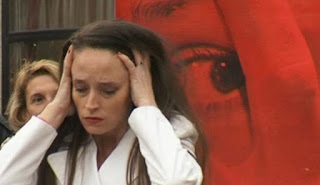 Allies of the president…
Russia’s Vladimir Putin managed to be approved by the Russian parliament the draft of an amendment which will reduce the penalties laid down for cases of domestic violence, which, according to the supporters of the measure will help to ensure that the state to intervene less in the family business, but according to the opponents of the will encourage domestic violence.
Asked about domestic violence during a Press conference last month, Putin had noted that, although not in favour of parents to hit their children, the authorities should not interfere in family matters unless there is good reason for it.
“I can’t go crazy. It is harmful, in the final analysis, destroys the family,” he explained. “The arbitrary interference with the internals of families cannot be tolerated,” added the Russian president.
The amendment, which was adopted by the state Duma, the lower House of Russia in the first reading on the principle, I’ll turn the beating related person to a misdemeanor from a criminal offense in those cases not caused serious physical injury.
“This law calls for to away with the tyrants in the house”, complained Mary ÎœÏŒÏ‡Î±Î²Î±, the executive director of the center, “Sisters”, which offers help to victims of domestic violence. The message that sends that the amendment is “let’s not punish anyone who beats up members of his family, because he simply has the right to do that”, explained the same by speaking to the news agency Reuters.
A rapporteur of the amendment, Olga ÎœÏ€Î±Ï„Î¬Î»Î¹Î½Î±, a member of the party of United Russia’s Putin, insisted that the society wants to protect the right of parents to discipline their children.
“You think it’s right to impose a sentence of imprisonment of two years to a mother who is a single parent family and as it grows the teenage son of his imposing physical punishment because he stole or because he ran away?” said the ÎœÏ€Î±Ï„Î¬Î»Î¹Î½Î± during the interview to Reuters.
The supporters of the amendment say that anyone who causes a serious injury, he may still be referred to the criminal justice system.
To become law of the state, the article should be adopted in the other two readings and also get the green light of the Council of Federation, the upper House of Russia. The next reading will be the day after tomorrow, Wednesday.
Every year it is estimated that approximately 14,000 women die in Russia because of violence of their husbands or other relatives, according to the most recent report of the United Nations for the phenomenon, which had been released in 2010.
The 17 years which is located in the political and state leadership of Russia, Putin oversaw the embrace of the state with a socially conservative Russian orthodox church and the rejection of various liberal ideas, which equated with an effort by the West to impose its own values in the Russian society. Emblematic of this was the law of 2013 which set out the law to the “view” of homosexuality to children.
The church says that it wants to reduce the state interventions in family life.
The Marina Î Î¹ÏƒÎºÎ»Î¬ÎºÎ¿Î²Î±-Parker, director of the center “Anna”, which provides assistance to victims of domestic violence, reported that last year the staff received 21.000 requests for help from women who have suffered domestic violence.
At the same, if the problem is left unchecked, the domestic violence of the kind that will be decriminalized with the amendment there is the risk of escalating into much more serious attacks that cause grievous bodily harm.
Last month the ministry of Justice of the Russian Federation has added its organization to the list of NGOS considered to be “agents abroad”, which means that it will be subject to additional checks by the authorities and it will be difficult in the future to gather funding.