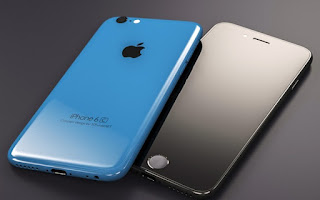 To Ï†Î·Î¼Î¿Î»Î¿Î³Î¿ÏÎ¼ÎµÎ½Î¿ -long – iPhone 6C, it is said that it will come with… battery 1,642 mAh, a battery whose capacity is slightly greater than that of the iPhone 5C, which stands at 1,570 mAh, according to the chinese website MyDrivers.
This reference derives -as stated – by officials within the Foxconn, while the same rumors claim that the 4-inch iPhone will bring processor A9, 2GB RAM, 16GB of base storage space, Touch ID and the same 2.5 d glass, which is used by iPhone 6 and after.
The suppliers of Apple will start the mass production of Ï†Î·Î¼Î¿Î»Î¿Î³Î¿ÏÎ¼ÎµÎ½Î¿Ï… iPhone 6C, in January in order to follow the presentation of the March and the mood of to be in April. At least five sources have predicted the release of the iPhone 6C which is the basis of rumours, it will become available in 2016.
Last November, the well-known blog about the rumors that confirms every year, Mac Otakara reported that Apple has developed an iPhone 4-inch, which is basically an iPhone 5S with features from the iPod 6th generation, ÏƒÏ…Î¼Ï€ÎµÏÎ¹Î»Î±Î¼Î²Î±Î½Î¿Î¼Î­Î½Î¿Ï…Î½ processor A8, 802.11 ac Wi-Fi, Bluetooth 4.1, and an upgraded FaceTime HD camera with f/2.2. Finally, the iPhone 6C, it is said, will be available in 3 colors, but will not bring the technology of 3D Touch.