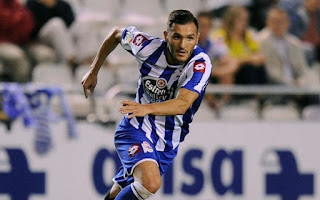 Excellent is the this year’s season for the Lucas Fairy. The former ace of PAOK is doing… things and marvels in Spain with the jersey of La CoruÃ±a, as a continuation of what he was doing last year at the end of the season with the same team, and this year, the “Double-headed in the North” in Europe.
The performance didn’t go unnoticed, the analyses are more numerous in the country on the Iberian peninsula and already, the first transcriptional scenarios have made their appearance.
Winners in a possible transcription of the will and of the Thessalonians, since it will put a pretty large amount in their coffers.
In particular, in the summer â€“ when it was in progress the negotiations of the two groups â€“ PAOK agreed with the La Coruna a rate of 30% of possible move of Lucas to another team.
It is worth noting that the release provision of the Spanish midfielder is at 19 million euros.