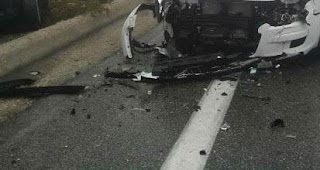 Drizzle and fog make it even more dangerous on the road Lamia – Domokos, as it is natural today and tomorrow will have increased traffic…
A little after 3:00 in the afternoon on the 12th km, at the height of the petrol station, two cars collided between them, fortunately without any serious injury.
The young driver of the EOS – Volkswagen, moved to Domokos and suddenly found himself in the oncoming traffic. The young driver of the white Hyundai, which flew down to Tucson, never had a chance to react. 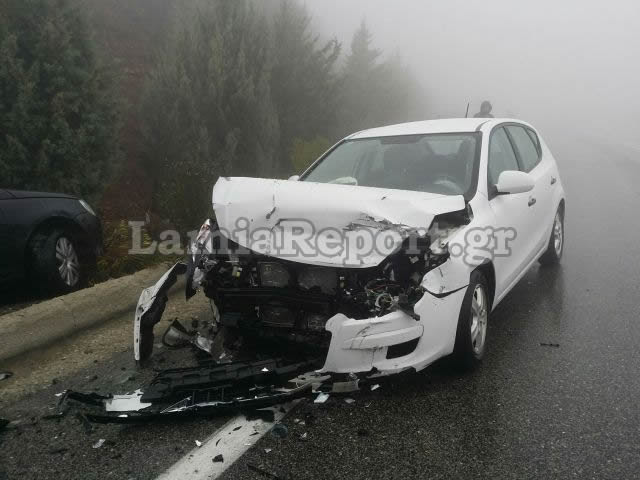 After the collision the EOS was found off the road, while Hyundai stayed in that turn.
Thank god I didn’t fell any other car up until it gets to the point that the road from Tucson, after the fog noticeably limit the visibility of drivers. 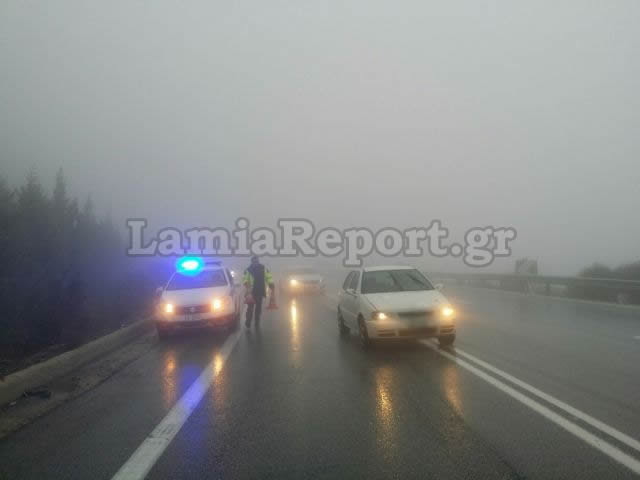 Ambulance or EMS has received the young driver of the EOS, which was admitted in the hospital of Lamia, slightly injured. For the umpteenth time, I remembered that these days due to the increased traffic, and mainly because of the snow that comes you have to be very careful in driving our behavior. 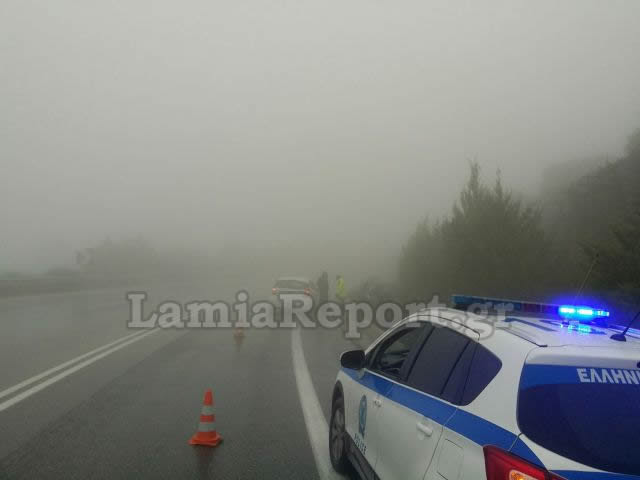