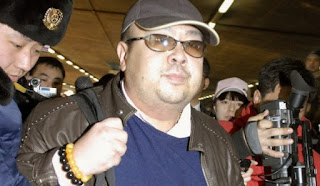 Malaysia today invited the ambassador of North Korea to explain after the criticisms…
expressed for the investigation into the murder of half-brother of the leader of the country Kim Jong-un, intensifying diplomatic tensions between the two countries.
Five North Korean citizens allegedly involved in assassination of Kim Yong-Nam on 13 February at the airport of Kuala Lumpur, causing the wrath of the Pyongyang, which accuses Malaysia of being associated with “enemy forces” for tarnishing the honour of the country.
Malaysia withdrew its ambassador in Pyongyang and called on the ambassador of North Korea in Kuala Lumpur to inform him that the accusations are “unfounded”, said the ministry of Foreign affairs.
“The ministry underlined that the fact that the death occurred in malaysian territory under mysterious circumstances, and therefore to conduct research to identify the causes of death (Kim Yong Nam) belongs to the competence of the malaysian state”, explains the ministry in a statement published after the meeting with the north Korean ambassador.
However, the ambassador of North Korea Kang Cheol-after the call of the ministry of Foreign affairs of Malaysia insisted that it cannot trust the police investigation of the murder.
Although the malaysian authorities have identified the victim as Kim Yong-Nam, Kang stressed to reporters that the embassy identified the victim as Kim Cheol, on the basis of the data referred to in the passport.
“It’s been seven days since the incident and there is no clear evidence for the causes of death and for the moment we can’t trust the investigation of the malaysian police,” noted Kang.
“The embassy has already identified the identity, and this is Kim Cheol, a citizen of the people’s Republic of North Korea, as stated on his passport,” he added.
The controversy started when the malaysian police, rejected the requests made by north Korean diplomats to deliver in Pyongyang that the body of Kim Yong Nam, who allegedly was poisoned. Two women believed that they poured a liquid on the face in the departure hall of the Kuala Lumpur international airport, where you will he was travelling in Macau.
The authorities are looking for four North Korean citizens aged 33 to 57 years of age, who had left Malaysia the day of the murder, announced on Sunday the police of the country.
The South Korean government reacted immediately by announcing that this proves that North Korea is responsible for the murder of Kim Yong Nam.
Four suspects have already been arrested in the investigation: a north Korean who lives in Kuala Lumpur, an Indonesian and the Malaysian friend as well as a Vietnamese.
Police are looking for three even North koreans who could provide evidence in the investigation.