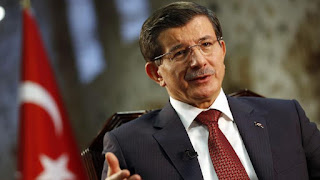 In an interview with Russian news Agency…
SPUTNIK, the President of Serbia, Tomislav Nikolic, attempts to explain the way in which he has played a mediating role in the conflict Russia and Turkey, following the downing of the Russian plane.
In particular, from the interview, it appears fold or at least diversification, as well as the Serbian President stressed that simply “agreed to convey the message” of the prime minister of Turkey playing the role of a “messenger” and not a “negotiator.
He said: “I didn’t ask for this, it was an appeal to the prime minister of Turkey, who asked to be received by me. When I noticed that this isn’t a good conflict, that Russia needs Turkey as Turkey needs Russia, that there will be long-term consequences and that Serbia is traditionally part of Russia, the prime minister of Turkey, said: “I Know that you are a great friend of Russia. I also know you are a friend of Turkey and I ask you to be a link between us, so that we can restore good relations”, stressed the Serbian president, and added that he also said to Davutoglu that Serbia is a very small country to mediate between “major powers” to take the answer “Turkey considers Serbia a great country and a big factor, and spine but also an important factor of stability in the Balkans”.
“I decided to convey to our friends in Russia at the desire of Turkey. That’s all it was. Not accepted to mediate, it’s just that I heard the proposal of the Turkish P/I and I think that it is good”.
In conclusion, he said: “The Davutoglu asked me nicely to try to make contact. Definitely will be intervening if I had been told that he wants a war with Russia, but when he said that he wants to make peace, I think that it is my duty to convey this to the Russian side”.
Source