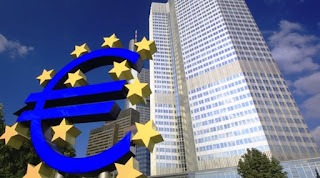 The markets do not expect the European Central Bank (ECB) to… proceed to a further easing of monetary policy next week, but consider that there is a 50% chance of an even reduction of the deposit rate of the ECB (from -0,30%) in March and anticipate fully such a reduction until the end of the year, according to Reuters.
“The forecasts of the management of the ECB assume that the price of oil will be above 52 dollars a barrel this year, and as oil prices remain persistently low, the consequences are difficult to avoid”, said the responsible for the interest rate strategy of the French bank Societe Generale in a note. “If the price of oil remain low, below $ 50, can’t see no other alternative than to agree to the Council (of the ECB) in additional relaxation in the 7 March”.
The yields on 10-year German bonds (bunds) declined today under the 0,50%, for the first time after a week, after the fall of oil prices to a new low level for 12 years, establishing the long-term inflation expectations in the Euro area at a low of 3.5 months.
The price of brent fell to and 29,73 usd, which is the lowest level since February 2004, as well as raises the prospect of increasing supply from Iran. “The big issue is the stock market and the associated with China uncertainty, as well as the reduction in the price of oil reduces inflationary expectations”, said an executive of SEB, adding: “The bad news is that there is no light at the end of the tunnel, at least in the short term”.
The yield on 10-year japanese bonds fell to record levels of 0,190%, as the central bank of Japan purchase all of the bonds issued by the government of the country and the price of crude sank to a low 12-year, reports Bloomberg.
The performance of bunds is formed at 0.50%, having fallen to 0,495% during the day. The yields of the Spanish and Portuguese securities increased a little, as some investors are preparing for new bond issues.