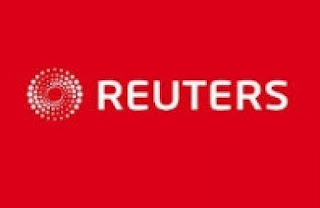 In contrast, 7 in 10 voters of the Democratic will accept a possible victory of the Trump…
After the statements of Donald Trump that you may not recognize the outcome of the elections and half of the Republican voters indicate that they will not accept Hilary Clinton as president of the United States of America, if the candidate of the Democratic win in the presidential election of 8 November for the White House.
70% of Republicans answered that the victory will be due to illegal voting, or tampering with the election result, reports a poll institute Ipsos conducted on behalf of the news agency Reuters.
On the contrary, seven out of ten voters of the Democratic Party answer that will accept a possible victory of the Trump, and less than 50% supports that the prevalence in the presidential elections the Republican candidate will be due to illegal voting, or electoral fraud, as recorded by the survey.
The Trump has repeatedly characterized this year’s elections are rigged and have avoided being clear if he will accept a victory of Hillary Clinton, stressing that “will keep you in suspense”.
The Clinton, although she has stated that it will accept a victory of the Trump stressed yesterday by Cleveland, that the insinuations of the Trump are a “threat to democracy” in the country.
The poll showed a wide concern across the political spectrum on the procedures of voting, including for voters who do not meet the conditions to participate in the electoral process, for the exercise of intimidation to voters, and even concerns about the accuracy of counting of the votes.
These concerns, however, recorded more intense in the ranks of the Republican party.
For example, approximately eight out of ten Republicans are concerned about the accuracy of the final counting of votes.
And even if in general the Republican voters, they believe they will be able to exercise their right to vote, just six in ten feel confident that their vote will be counted accurately.
In the ranks of the Democrats, about six in ten express concern about the counting of votes.
And they appear confident that they will be able to vote, but eight out of ten are confident that the vote will be counted accurately.
“The Republicans are just worried about everything more than the Democrats,” said Lona Atkinson, a professor at the University of New Mexico and head of the centre for research voting, elections and democracy.
At the same time, seven out of ten Republicans are concerned about issues such as acquisition of votes, defective devices, electronic voting, or ballots that are confusing.
Six-in-ten Democrats express the same concern.
About eight in ten Republicans are concerned that voters who do not have the right to vote, such as persons who are not U.S. citizens will vote illegally.
Four in ten Republicans share this concern.
“I have never seen an election like this.
Never in my life.
Certainly never in modern history,” said Atkinson.
The difference, as you pointed out, is the Trump.
“It must be due to the influence of the candidate,” she said.
Source