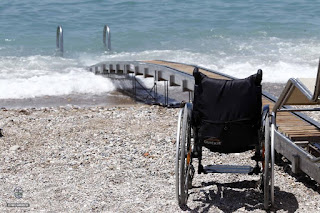 The Municipality of Glyfada has withdrawn for the winter period the standard mechanism Seatrac, for the service of DISABLED people, from the beach of …
Glyfada. Seatrac will be placed again in May of 2017, along with the complete infrastructure installed by the Municipality for the hospitality of our fellow human beings with disabilities.
In accordance with the measurements of the company that mounted the Seatrac, from all the mechanisms that have been installed in the summer period in Greece, the Seatrac Glyfada attracted most users. In particular, in the quarter June-July-August, there were 1355 uses.
Seatrac gives the opportunity to all our citizens for access to the sea in the summer. The mechanism consists of rails of a fixed track, in which a specially shaped seat can move in and out of the water. At the same time, the Municipality of Glyfada, next to the mechanism that mounted a special corridor that ensures accessibility. Placed, also, a shower, a seat for the meeting and umbrellas, while shaped and seats for the DISABLED in the parking lot in front of the beach.
“The nationwide first of Seatrac in Glyfada fills us with joy but also with responsibility to protect it and restore it to full function of the time, so that hundreds of our fellow citizens with disabilities to be able every summer to enjoy in Glyfada, the good sea bath,” said the Mayor of Glyfada Georgios Papanikolaou. 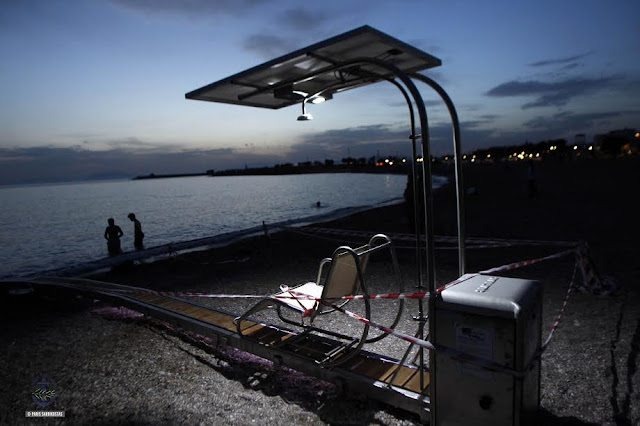 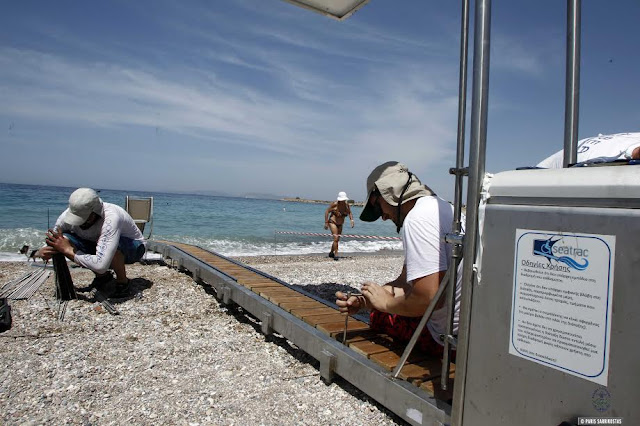