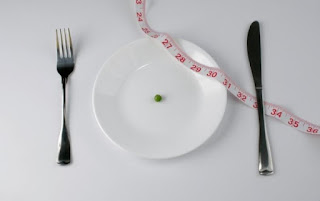 Like every year, this year, the British Association Dietetics (BDA) gives you… published the list of the worst diets of the year arrives slowly at the end. According to the Union, some of them are just a waste of time and money, while others are clearly hazardous to health.
Dietitian Sian Porter, spokesperson for the Union Dietetics, declares that the weight loss process is not at all exciting, as they promise some modern dietsâ€“ and can be achieved with a combination of balanced diet, proper control of the portions and physical exercise.
See which is, in accordance with the onmed, the five worst diets for 2015, in accordance with the British Association of Dietetics.
1. Diet without Sugar (Sugar Free Diet)
It is said that the followed the actors Tom Hanks and Alec Baldwin. As its name suggests, this diet excludes any kind of sugar and often all carbohydrates from the diet. The Union points out that the restriction of sugar consumption and the greater attention of consumers with regard to food labels is definitely two positive elements of the diet. However, some variants require the exclusion of all the sugars, which, in practice, it is impossible or unhealthy, since it implies the exclusion of necessary food groups, like fruits, vegetables, dairy, and nuts.
2. The diet of Î»Î±Ï‡Î±Î½Î¯Î´Î±Ï‚ and chewing gum (All-Kale and Chewing Gum Diet)
It is said that the followed the Jake Gyllenhaal in order to slim down for a role. Incredible as it sounds, this diet only includes what its name says, namely a salad of kale (kale) and gum! The Union stresses that this diet is very extreme, as well as isolating social person, is not at all balanced, it is difficult to continue for a long period of time and, of course, is not at all healthy.
3. The “bulletproof” diet (The Bulletproof Diet)
It is said that the followed the singer Harry Styles and actress Shaylene Woodley. The “bulletproof” diet includes a “bulletproof” coffee every day, coffee with two tablespoons of butter and one tablespoon of olive oil, triglycerides of medium chain length (MCT). Noting that a cup of “bulletproof” coffee has about 400 calories! The bulletproof diet also recommends limiting alcohol and processed foods. According to the Union, there is not sufficient scientific documentation for this diet and at the same time the “bulletproof” coffee, provides a great amount of calories without a significant amount of other nutrients.
4. The super elixir The Super Elixir)
The super elixir is a nutritional supplement that promotes Elle Macpherson and promises a change in the pH of the tissues from acidic to alkaline. The supplement contains more than 45 ingredients, such as fruits and vegetables (in powder), sweeteners, chinese herbs, and enzymes. The recommended dose is 10 grams a day, which means that the monthly cost exceeds 100 euro. According to the Union, the super elixir is extremely expensive for the benefits it is said to offer, while highlighting that the same benefits provided by a balanced diet rich in fruits and vegetables.
5. Trim Secrets
The Trim Secrets is a pill that promises to boost the metabolism, and parallel curb hunger. Must be combined with the diet-five-step Trim Secrets in order to achieve the desired weight loss. The diet includes consumption of 1,500 calories a day, 1 pill Trim Secrets three times a day before each meal, 1,5 litre of water a day, regular physical exercise and effective response to stress. The Union stresses that the consumption of 1,500 calories a day anyway, so they lead to weight loss without to be combined with the “special” pill.