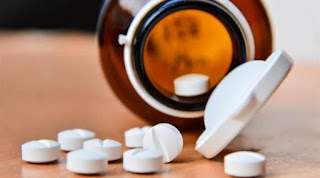 The consumption of paracetamol by pregnant women harms the fertility of… female progeny, warn scientists in Scotland, calling for expectant mothers to be particularly careful.
According to the research published by the british newspaper “Daily Mail”, the women who during pregnancy consume paracetamol, harming the fertility of the female progeny as well as their daughters are at increased risk of having smaller ovaries and fewer eggs.
Paracetamol is the most common drug used for the management of pain and fever during pregnancy.
Scientists from the University of Edinburgh argue, however, that the prolonged use of paracetamol during pregnancy poses a risk to the fertility of the female offspring and invite the women to consume sparingly the drug. And if they can’t do otherwise, then you need to consume it in a lower dose and for a short period of time.
It is worth noting that, earlier research of the same University it was shown that the prolonged use of paracetamol by pregnant women may decrease the production of testosterone in male embryos.
Researchers from the University of Edinburgh argue that mothers will need to follow the guidelines recommended by doctors. That is, the specific painkiller to be taken at the lowest effective dose for the shortest possible period of time.