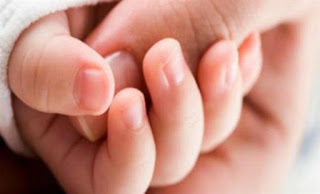 Children who are born from mothers that produce increased… male hormones are at significantly increased risk of developing autistic disorders, finds an epidemiological study of the Karolinska Institute in Stockholm.
The results of the research published in the journal Molecular Psychiatry, and show for the first time a relationship between the syndrome of Stein-Leventhal, and the autistic spectrum disorders (TSA).
Women who suffer from the syndrome of Stein-Leventhal (or polycystic ovarian syndrome, SOPK), i.e. 5% to 15% of women of childbearing age, secrete abnormally large quantity of androgen, and during the period of pregnancy.
By studying the medical records of all children aged 4 to 17 years of age, who were born from 1984 to 2007 in Sweden, the researchers identified a statistical relationship between this syndrome and the autistic spectrum.
“We discovered that the existence of the SOPK in the mother increases by 59% the risk of the TSA to the child,” explains the psychiatrist Sunday ÎšÎ¿ÏƒÎ¯Î´Î¿Ï… of the department of Sciences of Public Health of the Karolinska Institute, in accordance with the Athenian Agency.
“The risk is even greater in mothers with syndrome SOPK suffering simultaneously from obesity, a complication common in case of increased secretion of androgen,” he adds.
Although the report on autistic spectrum disorders is much more important to the boys than the girls , found no significant difference between the two sexes as to the findings of this research.
The researchers emphasize that the causes of the possible association between the syndrome of Stein-Leventhal and autism “are not completely clear and need further investigations.
“It is too early to provide specific instructions to the birthing centers for the care of pregnant women suffering from SOPK, although an awareness of this connection may allow for a more timely detection of autistic disorders in children belonging to high risk group,” according to Renee Gardner, also of the authors of the research.