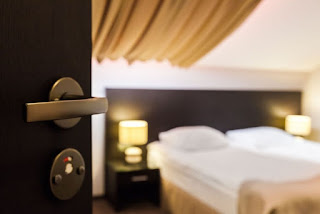 The first few days of the new year is here and most of them have already come back from the Christmas holidays, having their minds however in the first next possible opportunity for a field trip. How, though, you’ll be required to pay for the night if they decide to escape, even just for a weekend in January? These are the results of the List of Hotel price of www.trivago.gr (trivago Hotel Price Index (tHPI) ) for the month of January 2016, for international and national destinations.
Reductions on a monthly basis, increases in annual
Observing the course of hotel prices in major european cities, compared with last month are distinguished mainly reductions with the largest occurring in Dresden (25,5 percent), Manchester (22 percent), in London (19,5 percent), Prague (18,3 percent) and ÏƒÏ„Î·Î’Î¹Î­Î½Î½Î· (17.6 percent). The most expensive city for the month that remains Monaco, with an average price per night in â‚¬ 252, making it one of the few cities that experienced an increase, after the previous month, the respective value was 239 euro. Athens is one of the cities that showed absolutely no change in prices on a monthly basis, such as Budapest and Sofia.
On an annual basis, however, the values take the opposite path from the downward who have been comparing every month to previous. Between the prices of last year and January this year, there are mainly increases in hotel prices in Europe, with the highest rate of change occurs in the prices Ï„Î¿Ï…Î ÏŒÏÏ„Î¿, which increased by 21,1 percent. The hotels of Athens, while they maintained their prices stable compared to December of 2015, it seems to have increased by 10.8 percent compared with January of 2015, with the average price, however, is kept low in relation to other cities and, more specifically, to the 82 euro per night.
Finally, among the cities that have reduced prices, so compared with last year, as compared with the previous month, seems to be Paris, Rome, Vienna, Istanbul and Munich.
The following table shows, for example, the average price for 15 of the largest cities:

Stability in the hotel prices in Athens, general increases in most winter destinations
With the average price of hotels of Greece is 90 euro, for January, higher by 5 percent from last month and 14 percent compared with January of the previous year, it is evident that they have made some interesting changes in a variety of Greek destinations.
Most of the cities seem to have increased their hotel prices, compared to the previous year, among which are Athens, Thessaloniki and Patras. The winter destinations are also more expensive, with a few exceptions, such as Kastoria, Kavala and Thrace.
The following table shows the main changes in average hotel prices, Greek destinations for the month of January:

*The average rates are derived from the database of trivago after comparing prices from more than 200 different online booking sites.
The List of Hotel Prices www.trivago.gr (tHPI) shows the average price of accommodation in the most popular european cities in trivago. The average price for a double room is based on more than two million daily searches price for an overnight stay, which are made through the system of hotel price comparison of trivago than 80 million visitors a month. The trivago saves the searches each month and presents a general picture of hotel price for the next month. The tHPI reflects the hotel prices onlineÎ¾ÎµÎ½Î¿Î´Î¿Ï‡ÎµÎ¹Î±ÎºÎ®Ï‚ market of Europe: the prices of overnight stay from more than 200 online booking sites and hotel chains are shaping the average hotel prices for cities, regions and countries of Europe.
About trivago:
The travelers find in the www.trivago.gr ideal hotels at the best rates by using different search filters. Trivago is the largest site hotel search which compares hotel rates from more than 200 different booking sites for more than 700,000 hotels around the world. In addition, Î·trivago offers over 180 million ratings for hotels in combination with 14 million photos. Over 80 million users a month use trivago. Trivago was founded in 2005, is headquartered in DÃ¼sseldorf, Germany and currently has 52 international platforms.