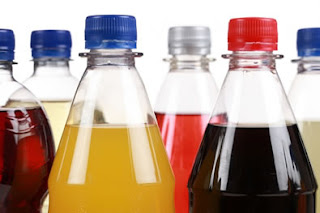 For many people soft drinks are a kind of addiction, such as smoking and alcohol… Feel very nice, when they drink soft drinks, but like any other abuse, so this is causing a knock-on effect on their health.
One way to convince anybody (although we shouldn’t need this) to restrict (at least ) the consumption of soft drinks, is to be aware of what’s going to happen in his body, if he does…
Heart: Research 2012 from the Harvard university revealed that sugary beverages (like soft drinks) increase the risk of an individual for chronic heart disease. The participants who drank a lot of soda 20% more likely to suffer a heart attack, according to researchers. Another study, published in 2011, showed that sugary drinks increase the blood pressure of a person, and in a way commensurate with the quantity of soft drinks consumed.
Brain: sugar and caffeine you get from a soda, clearly and puts your brain alert and helps you to temporarily increase attention/focus. But in the long term there are negative effects. A study showed that long-term consumption of sugar can lead to impaired learning, memory and behaviour. Several other studies have also shown a link between increased consumption of soft drinks and the risk of Alzheimer’s disease or other forms of dementia.
Teeth: soft drinks destroy the teeth and this is an indisputable fact. According to a survey of 2013, in some extreme cases this damage to the teeth may be similar to that of an addict from the methadone person. The citric acid in the soda corrodes the enamel of the teeth, making them softer and more vulnerable to tooth decay and yellowing.
Bladder: soft drinks are diuretics, essentially, which means that make you want to pee urgently and frequently. It has also proven to irritate and exacerbate the infections of the bladder, or of the overall urinary system.
Bones: The restriction of the consumption of soft drinks will reduce the risk of osteoporosis. Also, the less soda you drink, the more efficiently will your body to turn the milk (or other foods that are good for the bones) calcium.
Kidneys: Studies have shown that high consumption of soft drinks may increase the risk of kidney disease and can ultimately lead to renal failure. Other research showed that women who drank a lot of soda everyday had reduced hepatic function compared with women who did not drink soft drinks.
Diabetes type-2: As is well known, diabetes is connected with obesity and the excessive consumption of soft drinks (and therefore sugar) contributes to obesity.