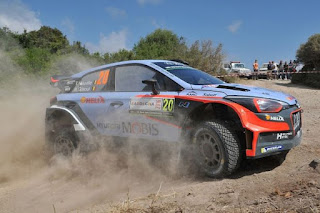 A fine was imposed on the Hyundai immediately after the victory in Sardinia, and particularly for irregularities in the car…
Neuville.
In the standard technical control made after the end of the race and the victory of the Belgian, the back windows of the car were not the Î¿Î¼Î¿Î»Î¿Î³ÎºÎ¿ÏÎ¹ÏƒÎ¼Î­Î½Î± from the beginning of the year.
Yes, the two windows were and the difference in weight between them with a 17gr and 19gr.
After the necessary explanations given by the technicians of the group, it was considered that exclusion of the ÏƒÏ…Î¼Î¼Î±Ï„Î¿Ï‡Î®Ï‚ and cancellation of the victory of Neuville, but the team was punished with a fine of 50,000 euros. 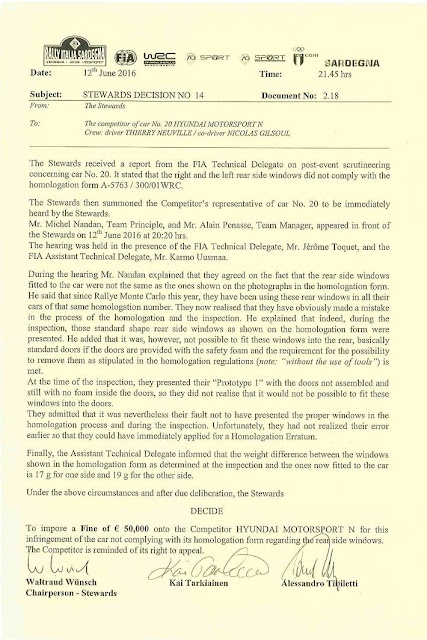