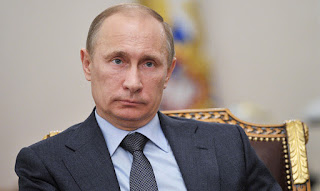 Russia launched the official…
function of its own rating agency as a response to the western houses, which impose a pessimistic outlook for the Russian financial institutions and the Russian economy, what is most often based on political criteria and not on real data. “After the completion of the registration of the legal entity , the Agency for Analysis, Evaluation and Rating (ÐÐšÐ Ð or ÐCRA) started its operational activities”, reported the Russian Central Bank. The establishment that has as a purpose to “break” the sovereignty of the three major credit agencies, namely Standard & Poors, moody’s and Fitch.
President of the ÐÐšÐ Ð selected Carl Johansson, who has over 20 years of experience in the markets and managing director Ekaterina Î¤ÏÎ¿Ï†Î¯Î¼Î¿Î²Î±, former vice-president of the Russian “Gazprombank”. Earlier the Bank of Russia, announced that the country needs its own house that is “resistant to geopolitical risks”. The S & P and moody’s are registered credit rating of the debt of Russia to the level of “garbage”, which was featured as a political categorization. It should be noted that Russia has a very, very small percentage of debt in the order of 17% while at the same time, the american debt has gotten out of control beyond the 18 trillion.dollars, reaching unrealistic levels.
The Russian economy unlike the economies of most countries are self-sufficient as well as all the basics (energy,food, raw materials) are located on its territory and this is the reason for which it has not bend the Russian economy than the sanctions imposed by the West and US against Russia, after the recovery of Crimea and the desire of the crimean people to Î±Ï…Ï„Î¿Ï‡Î±ÏÎ±ÎºÏ„Î·ÏÎ¹ÏƒÎ¸Î¿ÏÎ½ Russians as in the past. With the Ï€Î¹ÏƒÏ„Î¿Î»Î·Ï€Ï„Î¹ÎºÎ¿ÏÏ‚ organizations played a lot of games that have nothing to do with economic data as it turns out, and in the case of the IMF, which Greece demands “blood,” while for the sake of Ukraine’s changing regulations. The fact that the International Monetary Fund serve political interests and is the “long hand” of the markets and Washington to oppress people is not known. That, however, the IMF is changing their regulations in order to finance the regime of Kiev to be able to pay their debts to Russia and at the same time asking Greece earth and water, this is at least a political vagrancy. In an unprecedented decision, the IMF has decided to relax the terms of lending to countries that have defaulted on payments to other states in order to overcome obstacles and to ensure that it will continue the flow of money to Ukraine if Kiev fails to pay a bond of eur 3 billion to Russia. Noting how the IMF has decided to lend me the amount of 17,5 billion dollars to the Ukraine, and until now the regulations do not allow the slightest to lend to countries that had arrears to the formal sector.
Did the Executive Board of the Fund in order to assist financially in the right-wing extremists of Kiev. And why is he doing this? In order to avoid the Ukraine the formal bankruptcy as on 20 December, ending the bond of 3 billion to be paid to Russia, having asked for and restructuring of the bond. Moscow is following the evolution of this is very annoyed, as it considers how to continue the games of the West and especially the USA in Ukraine is clearly in favour of the government of Kiev and Russia, with complete disregard for regulations and rules, and in other cases they consider them as “ten commandments”. And to bring the issue in our own, the IMF so decides to make the rules of the â€œscrap of paperâ€ for the sake of Ukraine, but holding on to them as gospel for Greece and makes claims that go beyond every imagination.
Despite the five years of the memorandum, which have been brought to its knees Greece and the Greeks, with policies that are proven, accepted it, and themselves, wrong ask for earth and water to re-engage in the program because he wants mr Schaeuble as a ÎµÎ³Î³Ï…Î·Ï„ÎµÏ‚ of further impoverishment. The IMF, therefore, works with two measures and two weights. And because these days the matter of IMF is in the news because of the conflict between the government and Berlin for the whether to is or not in the program, the whole story is made for the Fund for privatization of 50 billion euros and, specifically, for the one who will exercise command.
Bear in mind that the super-fund will be transferred to, among others, properties of Public, state-owned enterprises, the future revenues from hydrocarbons, and in general the whole estate of Greece. So the IMF wants to have the control, as well as the Germans. Will not break up but to split the two of them, as long as Greece do what they want and mainly to put in the hand of hydrocarbons in Greece and the rest of the resources of the country.
Source