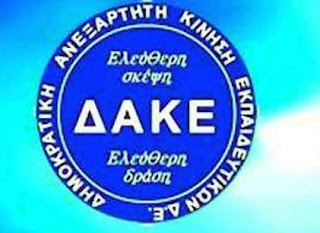 Read the announcement: “it Is clear that the Insurance Bill promoted by the government is leading in the final demolition of the Public Social Security.
The reductions in primary pensions and higher contributions, the scan of the auxiliary and the contraction of the sickness benefits is the key Ï„Î¿Ï…ÏƒÏ…ÏƒÏ„Î±Ï„Î¹ÎºÎ¬, as if some pompous expressions, evasive and excessive populism attempt to â€œcover it upâ€.
This is a Bill deeply recessionary, Ï†Î¿ÏÎ¿Î¼Ï€Î·Ï‡Ï„Î¹ÎºÏŒ and predatory dispelling the middle class, the small private initiative and the primary sector of the economy.
A Bill that formed a â€œdirtyâ€ and ÎµÏ„ÏƒÎ¹Î¸ÎµÎ»Î¹ÎºÎ¬, without social consultation and legitimacy. The government, even now, must start a meaningful dialogue without exclusions, and preordained decisions.
The world of paid employment enters once again in the crosshairs, the self-employed and farmers are punished, made an example of by the time the full retirement is prohibited.
The depreciation of Public Security leads the hosts on the Private and the have-nots in insecurity resulting in a further widening of socio-economic inequalities.
This Insurance Bill is not only affecting the old timers of life or future pensioners, affecting all ages and generations to come…
THE PROPOSED I. T. calls on all our citizens to participate massively, decisively, and peacefully in the General Strike of 4Î·Ï‚Ï„Î¿Ï… February. The workers, the unemployed, the self-employed, the scientific staff of the Place, farmers and pensioners, they are going to create a unified and united front against the encroachment of our insurance rights. The healthy productive forces in the Place, all together, we are sending a strong message of resistance and reaction against the ruinously measures. The road race is no longer the only way to claim what belong to us.
All together we participate dynamically
the strikes of the trade Unions throughout the country, in every city
In Athens, 11:00 am.m. in Full. Klafthmonos”