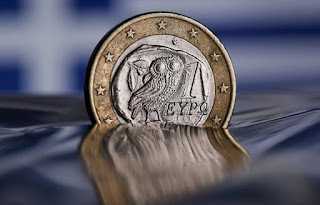 Measures to alleviate the Greek debt includes document of the European Stability Mechanism (ESM), which invokes the Wall Street journal…
According to the document, which was drawn up in August 2015, the debt relief could lead to a reduction of the net value by 52.5%.
The way restructuring focuses on three pillars: extension of the Ï‰ÏÎ¹Î¼Î¬Î½ÏƒÎµÏ‰Î½ of Greek bonds, linking debt repayment to GDP, and imposing a ceiling on the payment of interest.
“These are measures, which will restore debt to a sustainable path” refers to the relevant document, which exclude the possibility of a nominal “haircut” of the debt.
The basic scenario, on which was drawn up the paper of the ESM, requires that the annual financial needs of the country will not exceed 15% of the GDP.
The representative of the ESM clarifies that this is a preliminary draft, which has been distributed between the institutions at the technical level. The document has not been sent to the member states, while it has never been discussed in the Eurogroup or EuroWorking Group, he adds.
As noted, the proposals of the ESM focus on the adjustment of the Greek debt, through a swap of payments in the future. If and is not expected clear haircut, however the promoted measures will improve the ability of Athens to meet its obligations.
The most problematic years for Greece are identified to the period 2023 â€“ 2044, where the financial needs of the country exceed 15% of the GDP. For this period, therefore, it is proposed that the adjustment of the payment of interest on the basis of the course of GDP.
“The effectiveness of the measures will depend heavily on the ability and willingness of the Greek authorities to comply with a strict budgetary course and implement the reforms,” concludes the document.