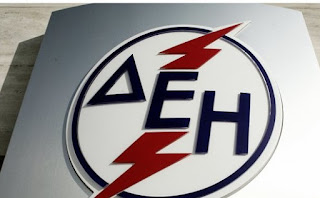 The moment the CEO of PPC is to discuss with Chinese expansion plans in the Balkans, the contractors of the company moving the lignite mines in Western Macedonia and…
Arcadia remains unpaid, with the result that they leave in their turn owe the ÎµÏÎ³Î±Î¶ÏŒÎ¼ÎµÎ½Î¿Ï…Ï‚ÎºÎ±Î¹ ultimately to the “pay” and the local markets.
The problem has intensified in the last period as the quarter margin for payments has become six months, while the general lack of liquidity in the accentuate, as well as the debts to the contractors in the area of Ptolemaida-Florina, amounting to approximately 70 million, while although much smaller in Megalopolis, as a result, so far, about 100 workers to lose their jobs.
The local communities are watching with concern the negative developments. The Labour Centre of Eordea has planned a protest meeting on Tuesday 12 July at the Headquarters of the Lignite Center of Western Macedonia, while three members of the SOUTHWEST, the George ÎšÎ±ÏƒÎ±Ï€Î¯Î´Î·Ï‚ (Kozani), Ioannis Antoniadis (Florina, greece) and George Vlasis (Arcadia) tabled in Parliament a question to the minister responsible for PPC Panos Skourletis, in respect of the arrears of the PPC in ÎµÏÎ³Î¿Î»Î®Ï€Ï„ÏÎ¹ÎµÏ‚ companies in Kozani, Florina and Megalopolis.
As noted in question three members, delays in payments of PPC cause asphyxiation in local communities and in the economy of the three regions. In accordance with the Labour Center of Ptolemaida, last month more than 400 workers lost their jobs while uncertain is the future of a lot more, due to a failure of their employers to cover the costs of payroll and insurance.
The question highlighted that the due, beyond six months, amounts owed by the PPC to all the individuals in the energy basin of Kozani-Ptolemaida-Amynteon touching the 70 million euros. A corresponding situation occurs in the Megalopolis, where from December 2015 up to today have lost their jobs over 100 people working in construction companies and subcontractors, resulting in 100 families are left without income and they face livelihood problems.
All this time, mentioned in the question, the companies tried to keep up the pace of their work, and so several of the jobs. However, most are unable to meet their obligations, as there is a serious liquidity problem in the market and so are forced to make a reduction in the rates of production up to the cessation of work. Direct impact of the above is the gradual dismissals of staff, as well as the insurance contributions and the monthly payment of their salary is now impossible.
The problem is exacerbated and by the change of the mining activity and the reduction of production of lignite, which was without a long-term planning, and caused a horizontal reduction, which in the field of activity of construction companies is of the order of 80% compared with 2015. Despite the good mood of the workers and of their employers to “get back” for the good of the company, the strength of them have exceeded the limits. Besides, in accordance with the private contractors of PPC the company during the implementation of signed contractual projects, it shall change the terms and conditions of the schedule contract, reducing the flow of the work, which inevitably leads to reduced requirement of labour and, consequently, in fire.
Source