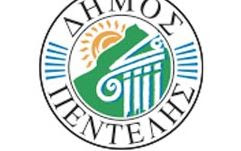 Read the announcement: “on Wednesday, December 9, happened after the invitation of the Director-General of the police headquarters meeting under the chairmanship of the Secretary-General of the Ministry of Citizen Protection, with the participation of the leadership of the hellenic police and the Mayors of Northeastern Attica in which it was raised in consultation the proposal of the minister for mergers of Police Departments and Departments of Security at Attica.
The mergers were for the NE Attica thirty-five (35) Parts of the proposal the ÏƒÏ…Î³Ï‡ÏŽÎ½ÎµÏˆÎµ twenty (20). The mergers of these the Municipality of Penteli, he has not had A.T. after the Police Departments of Penteli and ÎœÎµÎ»Î¹ÏƒÏƒÎ¯Ï‰Î½ merged with the Vrilissia.
Intense was the reaction of the Mayor of Penteli Dimitris Stergiou â€“ Kapsalis who directly requested to be restored, in principle, directly in line with the principle of mergers that had as a basic condition the creation of a A.T. by Municipality, a position which was immediately accepted by the Secretary-General of the Ministry of Citizen Protection.
In addition, the Mayor stressed that we need to investigate the availability of housing space.T. Penteli in the area of the sick bay, the former PIKPA and pledged that in the event that this is approved, the City will support the conversion and landscaping of the existing building plant in suitable building for the accommodation of A.T.
Also the Mayor stated that it is not right that presented a serious proposal without first there is the view of Local Government and of the Council of Delinquency in each Municipality. Place of the which supported and the other Mayors.
In the follow-up given by the Mayor of the direction of the competent services of the Municipality for:
a. Exploring the possibility of acquisition of the building by the competent body that belongs to today.
b. Immediate convergence of the Council of Delinquency of the Municipality for shaping positions on this issue and promotion of the Consultation.”