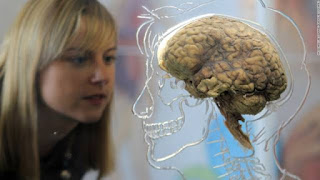 Dr. James Flynn, emeritus professor of Psychology at the University of ÎŸÏ„Î¬Î³ÎºÎ¿, in New Zealand, and director of the Centre for Psychometry of the University of Cambridge, in …
Britain. According to his theory, intelligence is not formed until the age of 18 years of age but develops throughout the course of his adult life, enough to be socializing with individuals stimulate the brain, and to follow a Î½Î¿Î·Ï„Î¹ÎºÏŽÏ‚ demanding way of life at home and at work.
Dr. Flynn argues that the families whose members talk, laugh, share cultural events and dealing with demanding brain activities, showing an increase of iq by several points.
However, the reverse is also true: if someone shares your home or workplace with people with reduced intelligence, is in danger to see his IQ to decline, due to the lack of adequate stimulation of the mind.
“The intelligence is always considered to be static, but contemporary findings suggest that this is a mistake,” said dr. Flynn in the newspaper “Sunday Times” on the occasion of the release of his new book “Does Your Family Make You Smarter”.
“The brain is like a muscle: the more you use it, the stronger it becomes. This means that we can increase our intelligence throughout the course of life”.
Dr. Flynn believes that the best way to achieve this is to marry a man more intelligent than us, to find a Î½Î¿Î·Ï„Î¹ÎºÏŽÏ‚ demanding work and hang out with intelligent people. “Each one of these three can increase our own intelligence,” he says.
Dr. Flynn is globally known as the scientist who discovered that the intelligence of the populations in developed countries increased from 1930 to today by about 3 points every decade.
The causes of the “phenomenon Flynn, as it was named in honour of the increase in the IQ of the peoples, is not known. It is believed, however, that is related to a combination of factors, including better nutrition and education, and life in an increasingly complex world.
However, the scientific community has had many years to accept the correctness of the phenomenon Flynn, and the new theory of the increase or the decrease in IQ depending on the intelligence of others you may face similar skepticism.
This is because the prevailing view is that intelligence is controlled by genes, which affect environmental factors such as nutrition and education up to the age of 18 years. Then, the iq is stabilized.
Dr. Flynn contradicts this point of view, comparing the findings of the iq test in which they have undergone in the last 65 years, people from many of the developed countries of the world with their age.
The new book describes the “Age Tables Intelligence” that created on the basis of these data and reports from these can be drawn two main conclusions.
The first is that the “quality of mind” of a family can be affected, sometimes positively and sometimes negatively on the intelligence of all members, but especially children.
And second, that while genes and upbringing up to the age of 18 years, shall determine 80% of our intelligence, the remaining 20% depends on the way of life in adulthood.
Source