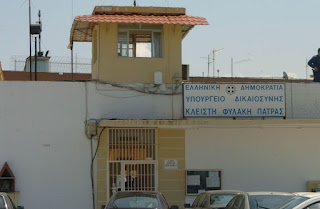 Disruption in the evening of new year’s Eve in the Correctional facility of St. Stephen of Patras, with the…
prisoners to make a mini-riot. Specifically, the night of his stay in the prison, there was a celebration on the occasion of the coming of the new year, as takes place every year.
Everything was going smoothly until the people of the prison informed the inmates that participated in the event that the celebration is over and that we would have to return to their cells. This caused the unease of the prisoners who refused to obey commands, wanting to give a prolongation of the celebration that happened because of the particularity of the day.
Eventually and after some negotiations were made, the prisoners returned to their cells, something that marked the end of the alarm.
Source