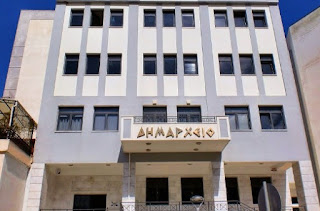 Thank you letter sent by the Mayor of the Municipality of Ancona, Italy mr Valeria Mancinelli, the Mayor of Igoumenitsa, on the participation of the athletic mission of the…
Municipality in sporting events Adriatic and Ionian Macroregion Youth Games, which took place in June in the neighbouring country.
Among other things, mr. Mancinelli emphasized the enthusiasm and faith of the promotion of interculturalism, the vigilance and sense of belonging of young people in a group, through sport.
The sporting events took place in Ancona-Italy from 15 to 18 June 2016 with the participation of athletes, aged 15 â€“ 16 years old, from 8 Adriatic countries (Albania, Bosnia and Herzegovina, Croatia, Greece, Italy, Montenegro, Serbia and Slovenia) who participated in the above sports event with the participation of athletes from sports Clubs Volleyball, Beach Volley, Taekwondo & Tennis.
This is an organization that has as its objective the strengthening of relations between the countries â€“ members of the Forum and a tool for the promotion of social inclusion, cohesion of the countries and peoples, education and the twinning of their citizens.
From Greece invited were the Municipalities of Igoumenitsa and Patras. Guest of honor was the City of Ancient Olympia.
The games involved:
â€¢ the Athletic Association Volleyball (Volleyball) “HERMES Igoumenitsa”, with 14 athletes (10 athletes in Volleyball, 2 female athletes and 2 athletes in the Beach Volleyball), and 4 coaches,
â€¢ the Sports Club “Club Tennis. Thesprotia Î¤Î™Î¤Î‘ÎÎ—”, with 6 athletes and 2 coaches,
â€¢ the Association “TAEKWONDO Î–Î¬Î³ÎºÎ±Ï‚, Igoumenitsa”, with 7 athletes and 2 coaches from Agrinio, as well as the athletes of the Group in the city of Igoumenitsa did not meet the age criteria of the games (in accordance with the official invitation, it is allowed the participation of athletes from other regions, in case they do not meet the criteria for (categories of kilo sport, as well as ages).
Our athletes achieved many distinctions in the races that took place, but also received the most positive feedback from the organizers concerning the morals and dignity, both during their participation in the games, and during their stay there.