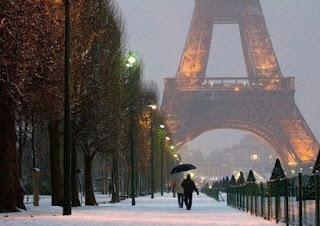 Reduced this year the bookings in Paris with a view to new year’s Eve, because of the multiple terrorist strikes on the city of light.
In particular, bookings in hotels have been reduced from 30% to 40%, as reported by the French magazine “Le Point”.
Evelyne, president of the Union of hotel owners, declares in the radio network “RFI” that the bookings in parisian hotels have significantly decreased in relation to previous years. Cancellations in hotel reservations were mainly made by foreign tourists, however, as pointed out in the French newspaper “Le Parisien” and the French citizens preferred to stay in their homes than to travel to nearby destinations.
As stated in the ana-MPA, the fear of the foreign, but of the French tourists that can be repeated the massacre of November has been discouraging, with the result that they avoid to travel there, where the islamic terrorists spread death and horror on 13 November.
In addition, as pointed out in the President of the Union of French Hoteliers, the phrase from official sources in France that the country is in a state of emergency as well as imminent terrorist attack has panicked several citizens, within and outside France. Most foreign tourists cancelled their bookings in hotels at the last minute,” says Evelyne and adds: “For the first months of 2016, thankfully we have so far no evidence to show that, the insecurity and the fear will lead foreign tourists to cancel bookings”.