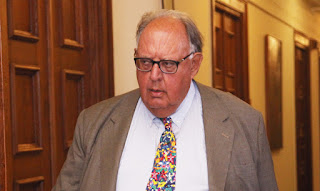 For the salaries of the clergy, the covenant…
partnership, but the issue that has arisen with prayer in the schools today spoke of Theodoros Pangalos in the Step FM. He was in favour of payment of contribution by the faithful for the salaries of the clergy, citing the example of Germany.
In particular, speaking of the salaries of the clergy, he noted: “of Course it cannot at the same time the Church of the one to be paid by the state and, on the other, he says our state has become, through a tight entanglement, to be annex. Two were, or they want to stop the Church to be tormented and tortured by the state and has become part of the state machine, but then, of course, and the priests must cease to be paid their salary as civil servants and paid for by the faithful, through a levy. The Germans have 1% of the tax they pay and go to the Church that indicate.
If you don’t declare any church, go to charity projects of the federal state. Let’s find such a system, those who want to declare a religion, I imagine that the vast majority of Greeks would declare the Christian Orthodox Church, and the rest of you, those who do not declare anything, to see the rate on their taxes, which is something additional to feel it.
To be 1% of the taxes, it’s not, a lot is 10 euro 1,000. Let’s pay 10 euro for our faith and our fellow man.
On the abolition of prayer in schools, on the occasion of a proposal of the Youth of SYRIZA, mr. Pangalos commented that “anyone who doesn’t want to do prayer, not to prayer. From there, if a school decided, from the base, but not by the 15-member of Tsipras, after all the votes are students with a ballot box, secrecy, if they want or don’t want to do prayer. I believe that these phenomena, the events, the ceremony of the flag, etc., lose their value when they are repeated and become common, every day.
This can be done every Monday starting the week. To participate in the prayer, not those who want, all if the school decides, and from there, they can manifest their intention to not to want prayer, those who want. And then will raise the flag and say the national anthem”.
He also spoke of the civil partnership, by reason of “hypocrisy which we showed Ï€ÎµÏÎ¹Ï„ÏÎ¬Î½Ï‰Ï‚ for years on the issue of the cohabitation of homosexuals, as we were shown a great deal of hypocrisy and the issue of abortion and about other issues that afflict our society and of the equality of women, which were under repression in Greece where we lived”.
Finally, for the ÎµÏƒÏ‰ÎºÎ¿Î¼Î¼Î±Ï„Î¹ÎºÎ® showdown in the SOUTHWEST commented that, “it’s three – on-one I don’t know him, because I think that you can’t be a candidate for leader of a party and you’re not in the House, I think it’s ridiculous as a project to want to be out of House leader of a party, not one of those things… Greece has a parliamentary system of government. No (I don’t have a particular preference)”.
Source