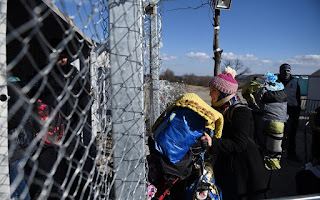 Continues slowly, the flow of refugees from the neutral zone Greece – FYROM, where the last 24 hours, till… 6 in the morning, it’s been 2,000 people, according to Police.
In the camp temporary stay in Eidomeni waiting 1.900 refugees, both in the tents and in the bus, while still 3.450 refugees are at the petrol station near Polykastro, where it arrived with 69 buses.
Police sources estimate that in the next 24 hours there will be a massive arrival of refugees in the region, after the end of the strike of the Panhellenic Seamen’s Federation (PNO), because of which there were ferries over the previous 48 hours, with the result to stop the flow of refugees from the islands.
Source