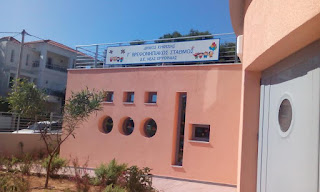 Festive atmosphere was created by the early morning of Wednesday, 8 June 2016 on the 3rd nursery, the street, Pie in the Municipal Unit of Nea Eritrea …
The municipality of Kifissia, which was built with funding from the NSRF. Chosen morning time to be present and the protagonists of our children, which closed in the most melodic way, the celebration of the opening, giving us beautiful children’s songs.
The Mayor of Kifissia George Î˜Ï‰Î¼Î¬ÎºÎ¿Ï‚ and the designated Municipal Advisor to the Kindergarten New Eritrean Cleopatra Hatzopoulou, welcomed guests to a truly family-friendly environment.
The blessing mass celebrated by the very reverend Archimandrite Nikanor Karagiannis Preacher of the Holy Metropolis, the very reverend Archimandrite Athanasios ÎÏ„Î­Ï„ÏƒÎ¹ÎºÎ±Ï‚ Priest I.N.Annunciation and Father George Kostis I. N. St. Matrona who brought and the blessings of the Bishop of Kifissia, Amaroussion and Oropos, mr Cyril.
“Ten of diamonds to adorn our Municipality” said the Mayor of Kifissia George Î˜Ï‰Î¼Î¬ÎºÎ¿Ï‚ for kindergartens and nurseries, with particular emphasis on the social mission of the Municipalities. Mr. Î˜Ï‰Î¼Î¬ÎºÎ¿Ï‚ not failed to speak of the offer of the previous Administrations, since the processes for the great work they started in 2009 and the project was tendered in 2013 to where they started and the construction works. In 2015 with the contribution of the Municipality of the station has acquired equipment and logistics.
The Mayor also stressed that the citizens show trust in the infrastructure, the staff and the quality offered by the Municipality in the structures of preschool education and thanked all those who contribute to their proper functioning. He particularly thanked mrs Hatzopoulou the “mother” of the stations of the New Eritrea which is fighting daily for kindergartens. The structures of preschool education hosted 740 children while on that particular station hosted 62 infants.
Day wishes and congratulations featured the particular day the former Mayor of New Eritrea mr. Royal Tamvakis which stressed that the project has a beginning and then as it has been, and the Local Government. The brief intervention of a project started in the days of the did not fail to congratulate all those who contributed for this project.
I’m lucky and blessed to have the inauguration in the days of my pointed out from the side of the designated Municipal Advisor to the Kindergarten New Eritrean Cleopatra Hatzopoulou, which added that the kindergartens of the Municipality of Kifissia is not storage but a pedagogical project.
The new nursery which operates from December 2015, is a modern construction and aesthetics are in harmony with the natural environment. Has a modern and welcoming environment, and was funded by community resources of the ROP of Attica, greece (NSRF).
Present at the inauguration ceremony were also the President of the Municipal Council, deputy mayors, Municipal and Community Councillors, ex-Councillors, representatives of associations, officials, parents and residents of the New Eritrea. 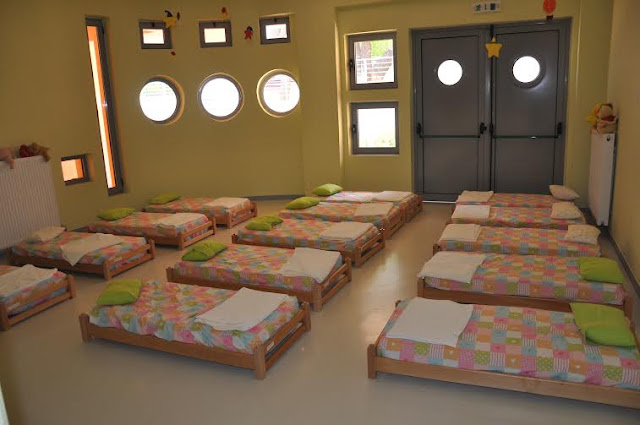 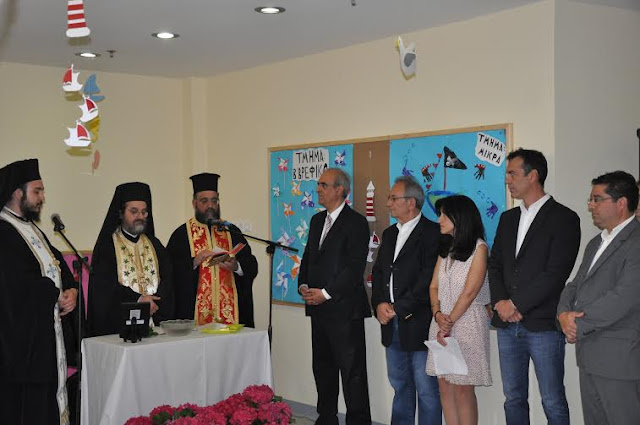 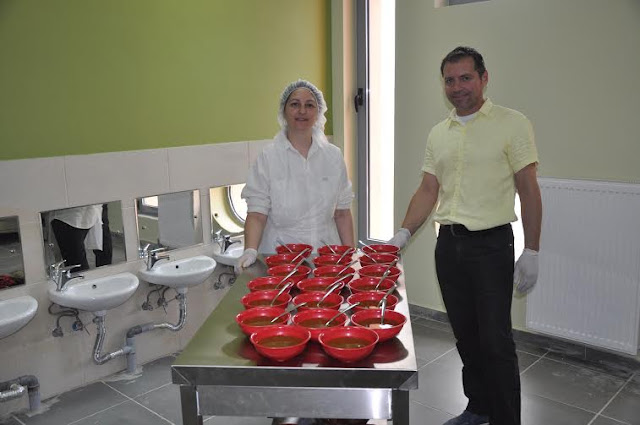