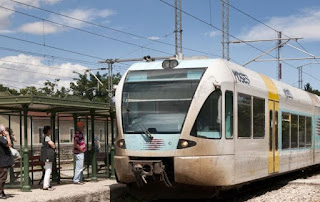 A complete transformation of road transport in Western Greece and Epirus promise Olympia Odos and Odos. The 2 young …
motorways, which have already begun delivery of parts, promise from April to upgrade the transport with significant reductions in years, but also greater safety and comfort.
The first thing I noticed a driver in April is that the highway Korinthos-Patra has stopped the torture of endless kilometres of one-lane traffic (that so many problems brought by the recent snow) and there will be 2 lanes + LEA and the two streams of traffic. In these 120 km (of which have already been delivered to the 29 km almost to the town of Xylokastro) there will be a few points with the strictures of the highway that gradually will be eliminated by August. Right before Patras there is the impressive Tunnel Î Î±Î½Î±Î³Î¿Ï€Î¿ÏÎ»Î±Ï‚ that the current in Athens will have a length of 4.5 km.
Arriving in Rio through the Interchange Node and the Rio-Antirrio Bridge, the driver will be passing “over the ditch” without almost to understand at all (on the contrary, the pocket will understands this very well). Estimated time: with an average speed of 120 km will pass in the Antirio in 1 hour and 50 minutes (204Ï‡Î»Î¼)
There without coming out of the network of motorways will continue on the highway of Ionian Odos (again with features 2 lanes +LEA per current direction), and in a few kilometres will be travelled by the Tunnel ÎšÎ»ÏŒÎºÎ¿Î²Î±Ï‚ a length of 3 km, making it past the dangerous passage around the perimeter of the massif.
From there and in about 20 minutes will pass from the Messolongi and Agrinio, while in about 50-55 minutes you will have arrived in Amfilochia, half of the Ionian Road. Overall from Athens to Amfilochia, will be required in approximately 2 hours and 45 minutes. This will bring a huge improvement in road transport to/from the West Coast and the Ionian Islands. For example, the distance to Lefkas/Aktio/Vonitsa will require just 3 hours and 35 minutes (with the completion of Amvrakia will be 3 hours and 15 minutes).
Continuing north the driver will pass by the Arta in a time of 3 hours, time that seems unbelievable today, and despite the fact that they have been delivered already parts in the movement. The driver will be able to reach Ioannina in approximately 3 hours and 30 minutes, without out of the network of motorways, having used (possible the Attiki Odos Olympia, the Bridge and the Ionian.
Many discuss that the time difference is not as great but less. Here, then, to note that the current speed limit does not allow large speeds, and only if, someone risk really life and run too much on roads that don’t have insurance can achieve those times. The comparison of the years is made following the speed limits, which, incidentally, is now 130km (with exceptions in places).
The greatest well, over time is the security that you will win the driver, which currently does not exist, while along the street you can find SAR, roadside assistance and every few miles, modern small buildings WC fully equipped. Operation Olympia-Ionian expect a drastic reduction in accidents and a corresponding increase of road safety.
The cost now for a trip like this is pretty steep, mainly because of the Bridge. If you use the Attiki Odos, the cost is 2,80â‚¬. The path to Eleusis-Rio will cost you around 11,50â‚¬ while the route Rio-Antirio 13,30â‚¬. Finally, the path Antirio-Ioannina will cost you about 12â‚¬. Total: 39,6â‚¬. Without Attiki Odos: 36,8â‚¬.
From the operation of Olympia and the Ionian Road will benefit, however, and areas adjacent to the freeway. The Tower for example would be travelled in approximately 3 hours while the Kalavrita in 2 hours and 30 minutes. Even the access to Igoumenitsa and the Egnatia Highway will be traveled in about 4 hours.
Source