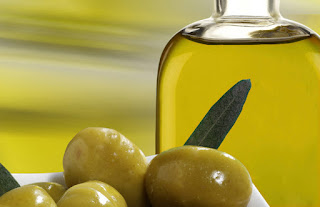 The extra virgin olive oil…
and a specific Greek variety, it has been found, and clinically, now, data, that has a substance that acts as a shield of the cardiovascular system.
Place of origin Messinia â€“ namely the Koroneiki variety from the village of Kritsa. After series of laboratory studies, a new clinic â€“ this time â€“ research, conducted at the University of Davis in California showed that the substance elaiokanthal and the substance ÎµÎ»Î±Î¹Î±ÏƒÎ¯Î½Î· contribute to the prevention of heart disease.
The impressive findings, though they are just 9 volunteers, paving the way for the release of the first Greek olive oil in the world, that will bring “pharmaceutical” signature, as well as the consumption of it has no antithrombotic activity in the body, proportional to the consumption of drug category of aspirin.
As have explained in a press conference the researcher of pharmacognosy and chemistry of natural products Helen ÎœÎµÎ»Î»Î¹Î¿Ï and associate professor of pharmacognosy from the university of ATHENS, Prokopis ÎœÎ±Î³Î¹Î¬Ï„Î·Ï‚: “The Koroneiki variety has the highest rates of ÎµÎ»Î±Î¹Î¿ÎºÎ±Î½Î¸Î¬Î»Î·Ï‚.
There is a focal point in the process of the formation of blood clots (when created clots caused heart attacks and strokes). The olive oil prevents the accumulation of platelets and thus inhibits the formation of clots in the blood vessels”.. The study examined the ingestion of three tablespoons of olive oils with different composition in elaiokanthal and ÎµÎ»Î±Î¹Î±ÏƒÎ¯Î½Î· and the Koroneiki variety of Kalamata achieved the highest score in the inhibition of clot formation (50%), two hours after the consumption of olive oil.
“The result was like they were getting the participants in the research, ibuprofen (drug like aspirin). The diet with pure, virgin olive oil reduces heart disease by 30%,” stressed the experts of pharmacognosy and chemistry of the University of Athens. Overall for olive oil have been 30 studies, but this is the first that has taken into account the elaiokanthal.
Scientists at the university of ATHENS have it in their hands two valuable “tools” for the study of olive oil â€“ one of these is the so-called nuclear magnetic resonance, a method that was developed at the university of ATHENS.
Source