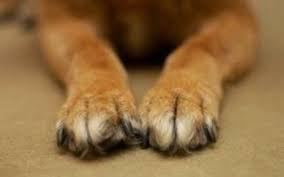 He was arrested this afternoon by officers of the Police Department of Igoumenitsa, and the Security sub-Division of Igoumenitsa, 76 year old businessman, who is accused of violations of the Law on the protection of animals and arson.
Specifically, the 76 year old businessman shot today at noon with a shotgun and wounded a stray dog in the area PlatariÃ¡ ,Thesprotia.
In accordance with the notice of the police of the police officers confiscated the shotgun while the unlucky dog was transported to a veterinary clinic for the provision of first aid.
The preliminary investigation conducted by the Police Department of Igoumenitsa, while the 76 year old businessman will be driven to mr Prosecutor court of first instance of Thesprotia.
As indicated in the notice of the EL.LET the torture, the abuse and brutal treatment of any animal, but the wanton killing of, are acts of unfair prosecuted on a misdemeanor, punishable with imprisonment and a pecuniary penalty.
Citizens who are aware of these incidents, are asked to report it to local Police Authorities.Source