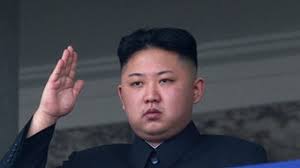 France today condemned the launch by North Korea…
a long-range missile, which he described as “reckless challenge” and called for “a rapid and severe reaction of the international community in the Security Council” of the UN, which will meet today in New York for that matter.
“France strongly condemns the new flagrant violation by North Korea of Security Council resolutions. The missile launch happened during the night, a month after a new nuclear test is a reckless challenge. France calls for an immediate and severe reaction of the international community in the Security Council today”, stated in the statement of the French presidency.
In parallel, and Britain’s Foreign minister Philip Hammond condemned the action of Pyongyang, noting that the launch of the missile this is a “clear and deliberate” violation of UN resolutions.
“I strongly condemn the testing of the technology of ballistic missiles from North Korea. This constitutes a clear and deliberate violation of a number of decisions of the UN Security Council. The actions of North Korea continue to pose a threat to regional and international security,” notes Hammond in a statement.
“The UN Security Council has agreed unanimously to take significant measures against any further launch or nuclear test. Right now we are meeting with our partners in New York to agree on a collective response,” concludes the British Foreign secretary.
North Korea launched a long-range missiles to put in orbit, in accordance with the same, a satellite. This energy which is believed that it was in fact a missile test provoked international outcry, and later today will meet exceptional circumstances, the UN Security Council to discuss this matter.
Pyongyang proceeded with the launch of the long-range missile, in defiance of the decisions of the United Nations who prohibit to develop and use technology of ballistic missiles.
Source