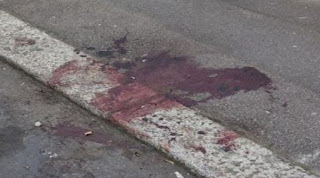 Writes Anna Î”ÎµÎ»Î·Î³Î¹Î¬Î½Î½Î·-Î¤ÏƒÎ¹Î¿Ï…Î»Ï€Î¬Î•ÎºÏ€Î±Î¹Î´ÎµÏ…Ï„Î¹ÎºÏŒÏ‚,author,ÎºÏÎ¹Ï„Î¹ÎºÏŒÏ‚ÎšÎ¬Î¸Îµ a public holiday, the pre-celebration, it reminds me of Fall…I get the feeling from my fear and I’m not the only one .Pour all of the streets with speed and those who don’t run ,it’s all the same ,running the others about them and, unfortunately, it’s the loath.
I, as the victim of a crime, I wonder every day, I spend two to three times from the scene of the accident ,when will you cease to mourn victims or to condemn fellow human beings to a permanent disability. Life ,after a car accident or is lost or stops at the age that happens if you leave marks! But why ,why !I stop to to think. Yeah ,I haven’t lost my life, lost the joys of ,why are the silent on a lot of my disability-plays a role and the character -has robbed me of many ,particularly the travel and I mean these road a few kilometres ,there is no reason for flight ,too risky! The matter at hand .It’s the driver ,the Greek guide ,and if it’s because it’s only in Greece, because it runs only in Greece, why is he leaving by the way just in Greece-we are talking about the rule!
If we think a little bit and all the ancillaries, does not concern itself to the driver, which I downloaded bottles of beer, will not violate the coke ,insofar as they apply the existing laws !
It’s the driver ,if the goat path to the ’60s has remained about the same for wheeled vehicles, which meet at the bend and falling in the nearby stream in an attempt to avoid the collision?
We leave the few exceptions of a good car takes off but again except for the driver who is indifferent, possibly, for the condition of the vehicle, who controls previously forced to do the right service!
To blame don’t say it, but the error first and foremost is the organized state .
Controls, bells, restrictions, prohibitions!