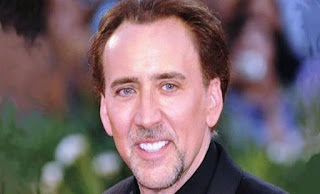 The actor Nicolas Cage has agreed to return to american Justice…
a skull of a dinosaur, the age of many millions of years, which had been illegally exported from Mongolia and he had bought it at auction for the amount of 276.000 usd.
The announcement of the return of the fossil was originally made by the district attorney of Manhattan Î ÏÎ¹Ï„ ÎœÏ€Ï‡Î±ÏÎ¬ÏÎ±, without mentioning the name of the famous American actor.
However, the representative confirmed today via e-mail to the French Agency that this is Nicolas Cage, who bought this skull Ï„Î±ÏÎ¼Ï€Î¿ÏƒÎ±ÏÏÎ¿Ï… in an auction in March 2007, the gallery I.M. Chait, which is located in Beverly Hills.
“He had received, and a certificate of authenticity from the auction house” added Alex Sack.
Then in 2014 the department of Homeland Security contacted representatives of the actress and informed that “on the basis of a multiannual research”, the fossil was imported illegally in the united states.
The actress “fully cooperated in the investigation”. And when the authorities have confirmed that it is in fact a product of smuggling, “he accepted to return the object,” added the Sac.
Nicolas Cage, who has been honored with an Oscar for the movie Leaving Las Vegas in 1996, is an avid collector and had a “fight” to gain this skull dinosaur with Leonardo dicaprio, according to the american Press.
The auction of 2007 was held in New York city. As pointed out by the prosecutors of the Manhattan, the skull was reached in 2006 in Florida, from Japan, accompanied by documents of the customs authorities that they would just “pieces of mineral stones”.
At the expense of the actor, or the gallery does not charged any category.