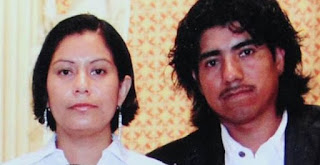 As reported by the american media, the 37-year-old Rafael Herrera, who after the shooting escaped and is wanted by the…
authorities, after having had a quarrel with during a ten years younger wife which asked for divorce, he shot her and she disappeared.
The american media emphasize how at home during the incident were the two minor children of the couple, 8 and 10 years old.
It is underlined that the unfortunate woman has been transported to his hospital and will undergo surgery.
Source