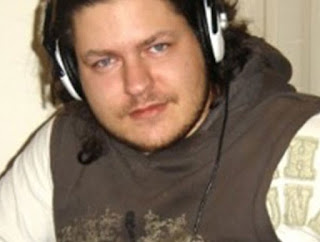 With bated breath watching the whole of Greece, the thriller with the new items that come…
daily light for the wrongful death of 23 year old Kostis Polyzos from Siatista, Kozani, for the murder of which arrested the mother and stepfather of the.
After the arrest of the couple for the death of 23-year-old student, come out to the light Î±Î½Î±Ï„ÏÎ¹Ï‡Î¹Î±ÏƒÏ„Î¹ÎºÎ¹Î­Ï‚ details.
The same Kostis Polyzos was a student in the Dairy School of ioannina, Ioannina, greece, and Vangelis Zhang, as his father had a business dairy. There his mother met her future husband and stepfather, his Sisters, while her first husband died not long after their acquaintance, at the age of 54 years old from heart failure. Now the authorities are examining the causes of death of the father of Costis.
According to police sources, the mother and stepfather of the 23-year-old had taken a large loan to buy a house in the name of the young, and there were constant conflicts between them.
Blood on the hood of the rural
The fatal night, after another fight between Kosti Î Î¿Î»ÏÎ¶Î¿ and stepfather, the latter killed him and together with the mother of the young man carried him to his estate, where they buried him. As revealed by the Light in the Tunnel, the truck’s stepfather was washed then with biological cleaning in a car wash, and then sold to a new owner.
The employees of the laundry have spotted some stains on the inside of the car that despite their efforts they didn’t clean. Informed the security Kozani and gave relevant testimony. A few days later, this particular car was moved to a salvage yard and sold. The car was transferred in the name of the new owner seventeen days before the body was found by his Sisters, September 2011.
The “Tunnel” identified by the new owner. Bought it from a junkyard, and before it starts to circulate washed away, and he with biological cleaning. I was surprised when, shortly after, sought the Marking. Officers asked him to transfer the same to the laboratories in Thessaloniki for control. When she got it back, noticed some stubborn stains on the hood, in the trunk of the 4×4.
The cover in the trunk of the suspect professional car was examined thoroughly in the laboratories of the geneticist and a special expert, mr. George Î¦Î¹Ï„ÏƒÎ¹Î¬Î»Î¿Ï….
The specific detection method brought to light the documentary. In the interior space of the hood, in the middle of the about and in the end, found the human “tired” blood. The car according to experts, is one possible element in solving this case of Kostis Polyzos. The geneticist considers it essential that a thorough investigation into this. The results of the workshops are placed at the disposal of the Judicial Authorities of Kozani.
I don’t talk to parents
The two alleged perpetrators keep closed mouths in the police headquarters, where they were transferred after their arrest Friday in Eleusis as responsible for the murder of the unfortunate young man on the night of 18 February 2011.
Bear the charges of culpable homicide in together in a calm mental state, Ï€ÎµÏÎ¹ÏÎ²ÏÎ¹ÏƒÎ·Ï‚ dead together, the perjury of a witness, and forgery after use.
Source