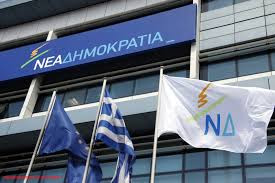 New jam it appears that occurs with the ÎµÏƒÏ‰ÎºÎ¿Î¼Î¼Î±Ï„Î¹ÎºÎ­Ï‚ elections in the New Republic, as well as company that had also bid to carry out that process… filed a request for interim measures asking for the postponement of the elections.
New bomb in SW: software Company attempts to block the election
In accordance with information, the company Genius Systems to the application for interim measures it complains of manipulation on the part of the officers of the New Republic, with a view to entrust the competition to Vodafone, and calls for the cancellation of elections until the discussion of the provisional order.
As stated in the content of the Î¼Î·Î½Ï…Ï„Î®ÏÎ¹Î±Ï‚ reference to the prosecutor of the supreme Court Euterpe ÎšÎ¿Ï…Ï„Î¶Î±Î¼Î¬Î½Î· and in the application of insurance, the company has responded on time to the terms of the competition by submitting a financial and technical offer cost 545.000 euros including the cost 115,000 for the employment of specialized operators.
Relies on the exchange of electronic mail (email) with John Papaioannou of the competent service of the SOUTHWEST and calls “even with the director-general of the SOUTHWEST” on the 1st of December.
New bomb in SW: software Company attempts to block the election
According to the company, the proposal was binding for the safe conduct of the elections on 13 December and it was cheaper by at least eur 150,000 in respect of the 750.000 euros that will be given to Vodafone.
Further, the company argues that the final cost will exceed 1.2 million euro by the time you have to train 1.900 about computer users that day. It reveals that at the beginning of December sent letters of protest, and the 4 candidates, leaders of the SOUTHWEST.
Source