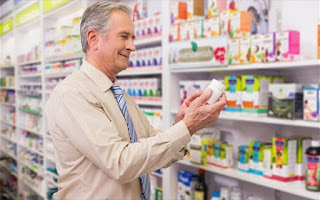 The Munchausen syndrome by proxy has been described, for the first time, from the… Dr. Richard Ascher in 1951 and took the name of baron Baron Munchausen, who was known for his fictitious stories that Î­Ï€Î»Î±Î¸Îµ for himself.
As stated by the psychologist, mrs. Friday Î Î¹ÏƒÎ¹Î½Î¯Î´Î· the syndrome relates to a mental disorder, in which the patient fakes illness, or causes to himself through the making of pharmaceutical preparations or self-harm. In most cases, this leads to a “journey” from one doctor to another, and in complex medical investigations, even serious surgeries. The patient likes to have the role of “patient” as this covers a basic psychological need. The majority of these people grew up in a very privative environment where the parent/ caregiver was emotionally unavailable, only when there was present a disease. Also, it is a common phenomenon, people with Munchausen syndrome by proxy had been exposed from an early age in the care of a neighbouring state, which had a chronic disease (brother, grandma, mother, etc.).
“Munchausen by proxy differs from hypochondria, as well as the sufferers know that this is an exaggeration, in contrast with people with hypochondria who believe they have a disease. It also differs from the Ï…Ï€ÏŒÎºÏÎ¹ÏƒÎ·, in which the patient fabricates symptoms for an apparent purpose, such as absence from work, financial compensation or access to medication,” notes the psychologist.
According to ms. Î Î¹ÏƒÎ¹Î½Î¯Î´Î·, it is very important for the doctor to recognize that the sufferers with the syndrome Munchausen reach the point to “create” a disease in the body. Take medication or other substances that are harmful to the body, to cause a disease and to go to the hospital. It’s pretty up to date on the symptoms of physical and mental disorders and can easily fool even the most sensitive doctor or a psychologist. While that may be a clinical feature is the many hospitalizations and many at the same time symptoms do not result in any specific diagnosis.
It is a syndrome that is not widely known but in clinical practice is becoming more and more frequent, points out mrs. Î Î¹ÏƒÎ¹Î½Î¯Î´Î· and supplements. “That, however, is a challenge in the diagnosis of Munchausen by proxy syndrome. It is the deliberate production or feigning the presence of physical or psychological symptoms in a person who is under the care of the subject, with a view to obtain indirectly the role of the patient. In this extreme form of abuse, the one who has taken the role to take care of causes no symptoms of a disease in a child or an elderly or disabled person. The deception is repeated many times, The victims are sick for a very long time, with repeated hospitalizations and several times they end up. It is an active form of abuse, which is not known and is often neglected”.
The diagnosis as the doctor says, it is very difficult and based on many parameters. First and foremost, the physician should distinguish the forms of the syndrome Munchausen by proxy:
a) The feint (medium hazard and more rare)
It happens when the shooter fakes a disease to the victim and tells a false story about a non-existing disease or condition
(b) The production of (high-risk and more frequent)
Here the shooter is actively causing symptoms of a disease to the victim. The most common used methods are suffocation and poisoning. It is often difficult to become identifiable to the abuse suffered by the victim.
As in Munchausen by proxy syndrome, can have people beyond any suspicion as the mother of a child, the daughter of an old nurse of a person with special needs. The same does not suffer from Munchausen syndrome by proxy, but are keen to take on the role of the patient through the person you care for. Often appear to the doctor or the psychologist is particularly concerned about the course of health of the victim and Ï€Î±ÏÎ¿Ï…ÏƒÎ¹Î¬Î¶Î¿Î½Ï„ÎµÏ‚ as “witnesses”.
In closing, mrs. Î Î¹ÏƒÎ¹Î½Î¯Î´Î· stresses that the Munchausen by proxy and Munchausen by proxy syndrome are two separate clinical syndromes which have similar parameters. These are syndromes that can lead to disability or death. It’s not as rare as we thought. The more people who learn about this, so increase the chances of saving people.