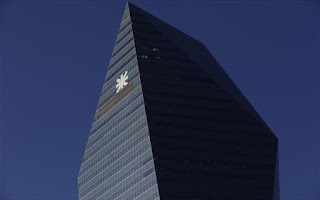 Credit positive credit positive) features the moody’s sale of the… Finansbank by the National Bank of greece,NBG+2,68% in the sense that it will significantly strengthen the liquidity and capital resources.
The transaction, which is expected to be completed in the first half of 2016, will enhance the liquidity of the National by about 3.5 billion. euros, which will enable it to repay the coco’s â‚¬ 2 billion. euro.
In addition, the National will be in a position to reduce the ELA taken by the Bank of Greece. SBL this assistance, which amounted to a total of 15.6 billion. euro at the end of November 2015, is provided against collateral in the Bog, including bonds guaranteed by the State amounting to â‚¬ 8.7 billion. euro.
These bonds have a higher cost for the National Bank, due to the guarantee fee that pays the National to the state.
Any reduction in the ELA will reduce the cost of financing of the National the current year, supporting the net interest rate of the margins and the profitability of that through lower revenues due to the sale of Finansbank, as does the moody’s.
During the house evaluation, the quality and level of capital the bank will also benefit from the sale of the Finansbank, because the pro-forma CET1 is likely to increase by more than 600 m.b., around to 19.6%, with the exception of coco.
This is the highest indicator among all of the Greek banks, providing additional ‘cushion’ to absorb losses.
According to moody’s, the sale of Finansbank will significantly limit the geographical diversification of the assets and profits of the highway, increasing depending on the exposure of the bank in Greece.
Although the activities of the National Turkey accounted for about 34% of assets risk-weighted, corresponded also to the 42% of the revenue from core activities and have contributed significantly to the profitability of the National Bank for the last ten years.