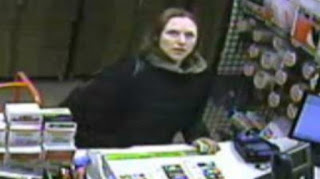 It’s from the news that only horror cause…
A woman killed her six children, all infants, 34 and 40 weeks and hid the lifeless bodies in a warehouse, which then rented it out to a storage company.
Her crime was revealed in 2014, when the staff of the company was opened in space rented due to non-payment and called the police when he discovered the remains of six babies, five boys and a girl. The 43-year-old, today, Andrea Î“ÎºÎ¯ÏƒÎ¼Ï€ÏÎµÏ‡Ï„ was arrested and in October 2014 had been charged with six counts of concealing a serial child body, categories which have each a maximum penalty of imprisonment of two years.
The woman, who denied her guilt, she was released on bail. The case that shocked Canada, and not only comes back to publicity, as well as the 43-year-old Medea was found guilty by the court.
The remains belong to five boys and a girl which were at a gestational age between 34 and 40 weeks, were placed in plastic bags, and plastic buckets. The remains of an infant were covered with cement and another with a powder-like detergent, while the manner of death could not be certified due to the advanced state of decay. The experts who examined the remains have concluded that the infants probably born alive.
The relationship with the Î“ÎºÎ¯ÏƒÎ¼Ï€ÏÎµÏ‡Ï„ was identified through the DNA of her and her husband, who have two children. According to canadian media, the trial of Î“ÎºÎ¯ÏƒÎ¼Ï€ÏÎµÏ‡Ï„ started without a jury in April of 2016. Her husband had testified that his wife had aborted several times, and had done from 9 to 11 abortions, and that he was aware of the pregnancies.