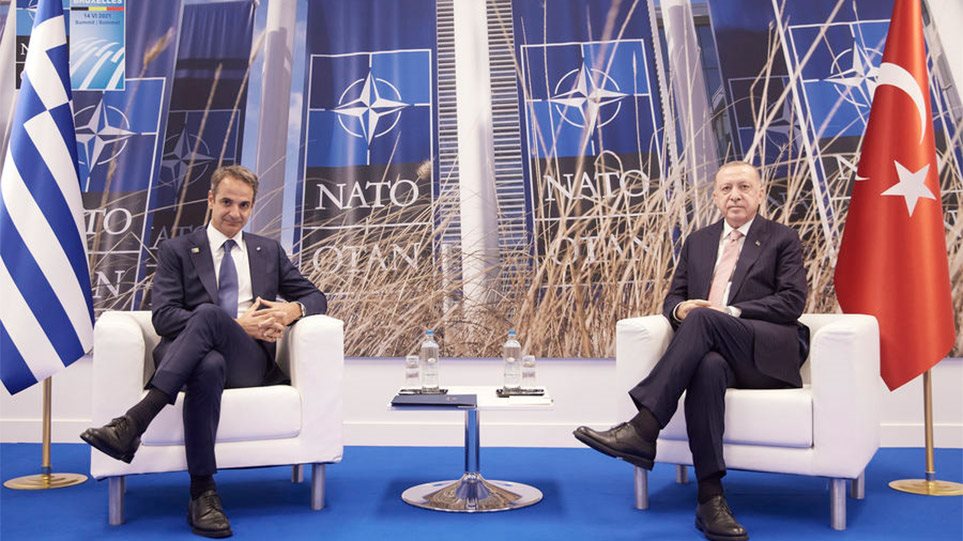 The meeting between the Prime Minister of Greece and the President of Turkey lasted one hour and took place in a positive atmosphere on the sidelines of the NATO Summit.

The two leaders agreed to leave behind the tension of 2020, despite the very significant differences that exist.

From the Greek side, it is said that the only differences with Turkey are the continental shelf and the demarcation of the sea zones. Greek side also called on Ankara to apply the rules of international law and the law of the sea. The two sides agreed to keep the communication channel open and not to see scenes of tension in the Aegean again like in the summer of 2020.

Earlier in the day, Erdogan said: “We believe that the revival of the channels of dialogue with our neighboring Greece contributes to problem solving and regional stability.”

Everyone is now focused on Recep Tayyip Erdogan’s meeting with Joe Biden and the results it will have.