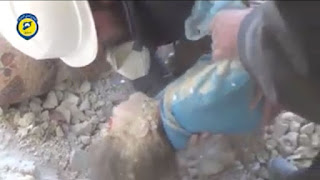 Images only to shock can. The little Aya buried under the rubble after new bombing in Damascus…
The mother was begging the paramedics to save the child. And they have succeeded.
What some of us are shocked, for the people in Syria are (unfortunately) everyday life. The war continues without end. Every day bombings and death. But Aya managed to get out alive, and to send, another, message of hope.
The neighborhood of Tishreen in Damascus was bombed. The ruins of one of the houses caught the little Aya. “Find her! Her name is Aya” implored the mother of their rescuers. The members of the Syrian Civil Defense, also known as the “White Helmets”. 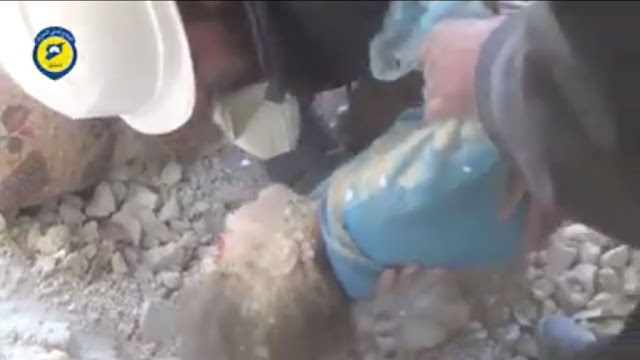 And they, as always, they ran to save another life. The voices of the girl were heard over the wreckage. With bare hands, rescue workers began to remove the dirt. “We’re coming, don’t be afraid, we’re coming” they say and trying to give her courage to endure a little longer.
With their hands remove slowly the debris that have covered the body and manage to yank it out. “God is great” shout.
The child was transported to the hospital of Damascus. It is unknown how much he has hurt you. According to the Syrian Observatory for Human Rights, from the shelling in Tishreen injured at least 10 people. Between them and children.
Source