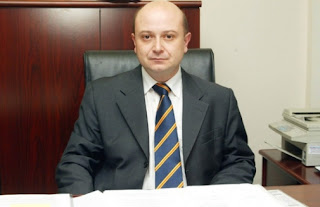 Read the announcement: “The country is at a standstill, with an obsessive government, facing constantly the risk of collapse, threatening to drag her and all of the Greeks. Today, more than ever, we need a New Democracy, a united, coherent and outward-looking, able to directly recover the trust of the citizens to rule, putting an end to the left adventure of Greece.
In the first round of the ÎµÏƒÏ‰ÎºÎ¿Î¼Î¼Î±Ï„Î¹ÎºÎ®Ï‚ electoral process, the turnout of hundreds of thousands of citizens, proved to the most skeptical that our group is alive in spite of the problems, and that it is a reliable alternative to the government option, whatever the developments in the area of the wider centre-left.
To the whole electorate, sent with the options of clear messages:
Â· Desire for a combination of experience and renewal.
Â· A mandate for a clear centre-right orientation.
And with an equally clear majority:
Â· Confidence in Vangelis Meimarakis, to express the overall of the desire of the base for the unity and the perspective of the faction, without extreme positions , but in the spirit of the principles of social liberalism, and close to the policies of the measure and of the national responsibility.
The partisan and democratic consciousness, but also my personal assessment on his abilities, to unite, to synthesize, and to enhance the contact.D. with wider layers of the society, dictate, were added to the clear majority of the 1st round, to support the next Sunday the nomination of Vangelis Meimarakis, for the Presidency of the New Republic.
Minas Î£Î±Î¼Î±Î½Ï„Î¶Î¯Î´Î·Ï‚
Chairman, Executive Committee.D. N. Thessaloniki
and member of the Political Committee of New york.D.”