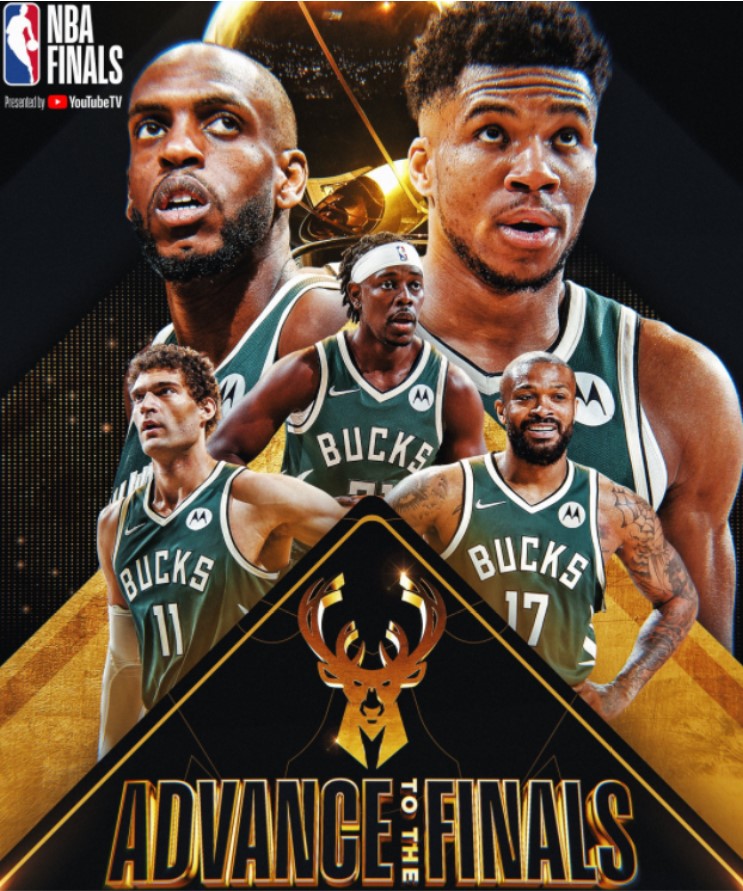 Milwaukee won the series 4-2, advancing to the NBA Finals for the first time since 1974. Game 1 against the West champion Suns is Tuesday night in Phoenix.

The Bucks didn’t even need Giannis Antetokounmpo to lock up their spot. The two-time MVP missed his second straight game with a knee injury, but Middleton & Co. had his back.

Khris Middleton scored 32 points, including a run of 16 straight in a decisive third quarter that carried the Bucks to a 118-107 victory over the upstart Atlanta Hawks in Game 6 of the Eastern Conference finals Saturday night.