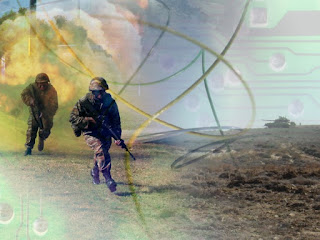 The proposal for the Î•ÎœÎ˜ of the four major organizations of the military which are the pan-Hellenic Coordinating Armed Forces, sent by the…
representatives of the organisations to the minister of National Defence Panos kammenos. Among other things, seek to challenge the proposal that links the remuneration with the board of degree and not to apply new payroll. Fixed position is the ÎµÏÎ±Ï†Î¼Î¿Î³Î® of the decisions of the Council of State.
In their letter report features:
Dear Minister
The pan-Hellenic Coordinating Armed Forces ( Î Î‘Î£Î•Î” ) was established by three Associations and a Link in the active military, with a view to the joint promotion of concerns and questions about insurance â€“ pension and wage bill. Through the letter to us, let us as â€˜deviateâ€™ a little bit of the original purpose, highlighting an issue of concern to the everyday crowd of colleagues, who called for the elevation of the subject through the Î Î‘Î£Î•Î”. The Volunteers Long-Term recruited and the three Bodies ( P.O. â€“ P.N. â€“ P.A.) if and constitute about 30% of the personnel of the Armed Forces continue to face problems (pension â€“ tariff evolution) which for years remain unresolved, but so far has been a real government will to solve them.
With the law 3257/2004, the gentlemen Volunteers, (N.445/1974) and Volunteers (N.705/1977) were promoted to higher grades of Officers, â€˜causing aâ€™ reasonable sense of unfavourable and discriminatory treatment for the rest of my fellow Volunteers Long-Term.
The current system of promotions for Volunteers Long Term, it creates problems in their daily lives, and in any case does not provide the service the possibility of full exploitation of them in positions commensurate with their experience and know-how gained on the basis of this.
Features we have to mention here, without this, of course, is the only problem, is that executives from that institution, located at the age of over 45 years of age, are invited to perform, on the basis of orders, services such as lowercase patrols and sentries, in numbers which makes it difficult scary and out-of-service life, since the majority are family men.
Here we must make special mention of the fact that biologically one organism may not respond in the same way at the age of 45 as in that of 20. Here, in addition to the physical strain of these strains, we need to ask all of us, if what is happening is for the benefit of the same service.
In the Armed Forces, the occupied degree of the military is inextricably connected with the operational use. Executives from the institution of Î•ÎœÎ˜ with 25 years of active â€“ active service, still staffed by the same positions that they held at the start of their career, non-examination of the grading situation, to provide the services that really can, on the basis of long-term experience and know-how that they have acquired. The proposal of the pan-Hellenic Coordinating Armed Forces, is to amend the years of the promotion of Î•ÎœÎ˜ as follows :

This proposal is a request of my fellow – members of our Î•ÎœÎ˜ of Associations â€“ Association that we represent, who know very well, that in the current difficult economic climate that we are experiencing as a Nation, any other reference is made for promotion to senior grades of the proposed, it is considered as unrealistic and misleading. We think that is a fair proposal as it will bring about changes in existing yearbooks, as well as severe economic impacts, since wage these strains promoted beyond the occupied level.
At this point we must recall the proposal of the Î Î‘Î£Î•Î” may not be a new payroll for the military and to â€˜offendâ€™ the existing proposal refers to a new payroll with a link of the remuneration with the board degree, which will affect very strongly financial support to all military personnel, and more colleagues coming from the institution of Î•ÎœÎ˜ and OPS.OD.
Mr president, knowing your sensitivity to staff issues and welfare of the personnel of the Armed Forces, we would like to assure you that all members are Volunteers Long-Term, expect the vindication. As Î Î‘Î£Î•Î” having focused our attention in evaluating your on this issue, we are updating our wish to meet you in order to give us the opportunity to expose other issues that concern the everyday life of a fellow soldier, always having on our agenda proposals – solutions without financial cost, always keeping in mind the good of the E.D., the good of our Country.