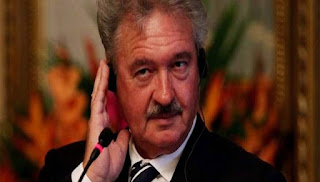 Even the thought of a referendum on…
with the eve of. Britain in the EU, it was a historic mistake, David Cameron, commented the minister of Foreign affairs of Luxembourg.
Jean Î‘ÏƒÎµÎ»Î¼Ï€Î¿ÏÎ½ did not rule out a possibility of a Brexit as a result of similar movements in other countries – members of EU, in Eastern Europe.
“Cannot be ruled out, the Brexit to have an effect dominoes in Eastern Europe,” said the Tagesspiegel am Sonntag.
Even if Britain decides to stay in the EU in the referendum of 23 June, “this will not solve the problem stemming from the negative attitude of the British towards the European Union”, commented yet