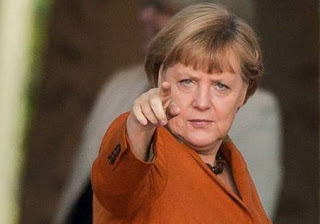 The path of output shows the refugees in Germany -and not only – the chancellor Ãngela Merkel…
In an effort to mitigate the impressions of the handling of the refugee issue, the ÎºÏ…ÏÎ¯Î±ÎœÎ­ÏÎºÎµÎ» spoke on Saturday about the political reception and hospitality of refugees applying, emphasising that asylum seekers from Syria and Iraq will return to their homes when the war is over.
“We have to say to these people that this is a temporary residence status in the country and that by the time there will be peace in Syria, and again, you will return back to your home country, knowing that it will be admitted,” said Merkel at a meeting of the members of the party of the CDU, held in ÎºÏÎ±Ï„Î¯Î´Î¹Î¿ÎœÎµÎºÎ»ÎµÎ¼Î²Î¿ÏÏÎ³Î¿-Western Pomerania. He stressed that 70% of the refugees who fled to Germany from war in the former Yugoslavia in the 1990s have returned to their home countries.
These statements of mrs Merkel comes after the threats of the head of the CSU, Horst Î–ÎµÎµÏ‡ÏŒÏ†ÎµÏ, that will lead the party to the courts, if the request to stem the flow of asylum seekers is not observed. On the other hand, the right-wing party AfD (“Alternative for Germany”) seems to acquire a double-digit percentage of supporters. In an interview, today, the leader of the party said that the border guards, if any, you need to shoot in the part of refugees to prevent them from entering illegally in the country.
Germany wants to limit the flow of immigration from North Africa, stating that Morocco, Î·Î‘Î»Î³ÎµÏÎ¯Î± and Tunisia is a safe country. Merkel said she had spoken with the king of Morocco, and that Ï„Î¿ÎœÎ±ÏÏŒÎºÎ¿ had said that it was ready to take back their people from the country, reports Reuters.
It is worth noting that last year there was a record entry of migrants in Germany, reaching 1.1 million. Merkel said that can help the refugees and trying to integrate them in the country, but pointed out that they have been given a residence permit for a limited period of time.
Source